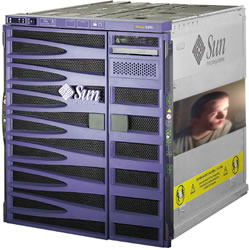 Ladies and gentlemen, this evening it has come to my attention that I grievously forgot an event so epic in size and importance that I may be feeling the repercussions for many millennia to come, assuming my plan to live forever pans out. I forgot @Zombie_Plan's Birthday.

Now you must understand, I've never met Mr Plan. Our communications have primarily consisted of 140 character or less Twitter messages and the occasional blog post. As such I have long since suspected that he isn't real, he's either:

So here's my thinking. If the former assertion is true, then this person is a fake and therefore doesn't have a birthday, unless you count the day the fake persona went online. If the latter is true, as far as I know computers don't have birthdays because they're not birthed, unless you consider programming and sophisticated fabrication and construction to be a metaphorical equivalent.

In either event, I submit to you dear reader that I did not forget Zombie_Plan's birthday, for in fact he/she/it does not possess one. Happy Birthday sir, when I make it back to Adelaide for the last time we'll have to do coffee or beer or pancakes or grilled cheese sandwiches or a sickening combination of all four!

And finally some blatant spam linking on his behalf: