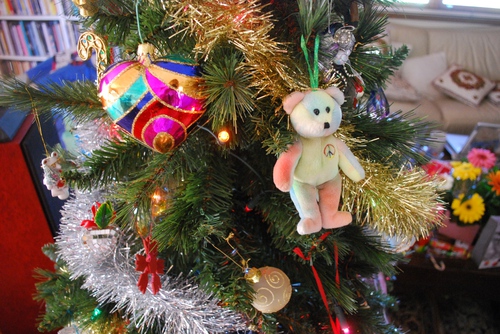 We swapped gifts, had a turkey roast and freshly made fruit cake, played Wii games, flew a RC helicopter to scare the dogs courtesy of the illustrious @omegatron, built Lego, then took a long family walk in the park. The first real home Yule we've had since my mum moved on, and it was absolutely wonderful :).

My old man and I decided to call it Yule given our German heritage, because the holiday was originally a winter festival before it was adapted, and because "solstice" isn't entirely accurate. We're precise scientific folk, you see!