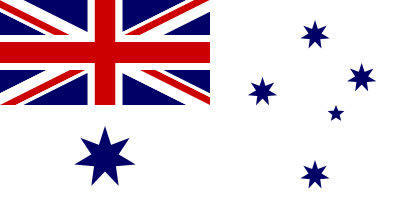 This has to be one of the most patently absurd, nonsensical plans I've ever read, and I've read Ayn Rand.

In a further effort to distract us from their morally bankrupt stance on the treatment of refugees, we now read on SBS News the Australian government is to implement a website to discourage boat people from coming here.

Online videos of asylum seekers boarding planes to Malaysia will be posted on YouTube and Facebook in an effort to discourage asylum seekers making the dangerous boat journey to Australia.

Immigration department spokesperson Sandi Logan, do tell us why!

“Some of the people we are dealing with may be not overly literate so seeing people being loaded on to a plane, people being checked into a processing centre is as strong a message as you can send.”

He said asylum seekers and smugglers were “very net savvy”.

If they're looking for an even stronger message, why not blow up boats with cruise missiles launched from ships? That way you could make all the propaganda videos you want, and it would double as a Navy recruitment tool!

Let me see if I understand their reasoning here. They claim these destitute, desperate people are all "very net savvy", yet they're not "overly literate". So they have nothing, they can't read, but they can get to a computer, do some text searches to uncover videos, then watch them in a reasonable time on their high speed internet connections?

Even if we were to entertain this bullshit with anything other than the scorn it deserves and assume these refugees were watching these videos, you really think they'd "scare" people compared to the horrors some of them have witnessed in their home countries? These people have seen their homes destroyed, families and loved ones killed by war and natural disasters, and are willing to risk their lives on the open sea, and you honestly think you'll change their mind with a few videos of boats?

You know what? I'm not as angry at this story as I am insulted. These numbskulls in Canberra regard us, the voting public, with such contempt that they think this farcical plan will be effective, and that we'll buy it?

I tell you what Sandi Logan, ruin the ending for the people you're working for and tell them this will not work, and advise them the funds they'll waste on it would be better spent elsewhere. Say, oh I don't know… thoroughly repudiating Howardism and implementing an ethical, compassionate, responsible program for the less than 0.1% of refugees worldwide that want a chance at a life in Australia.