I’m publishing some accumulated drafts as a part of a new year cleanout. This was originally written back in 2015-05-09. 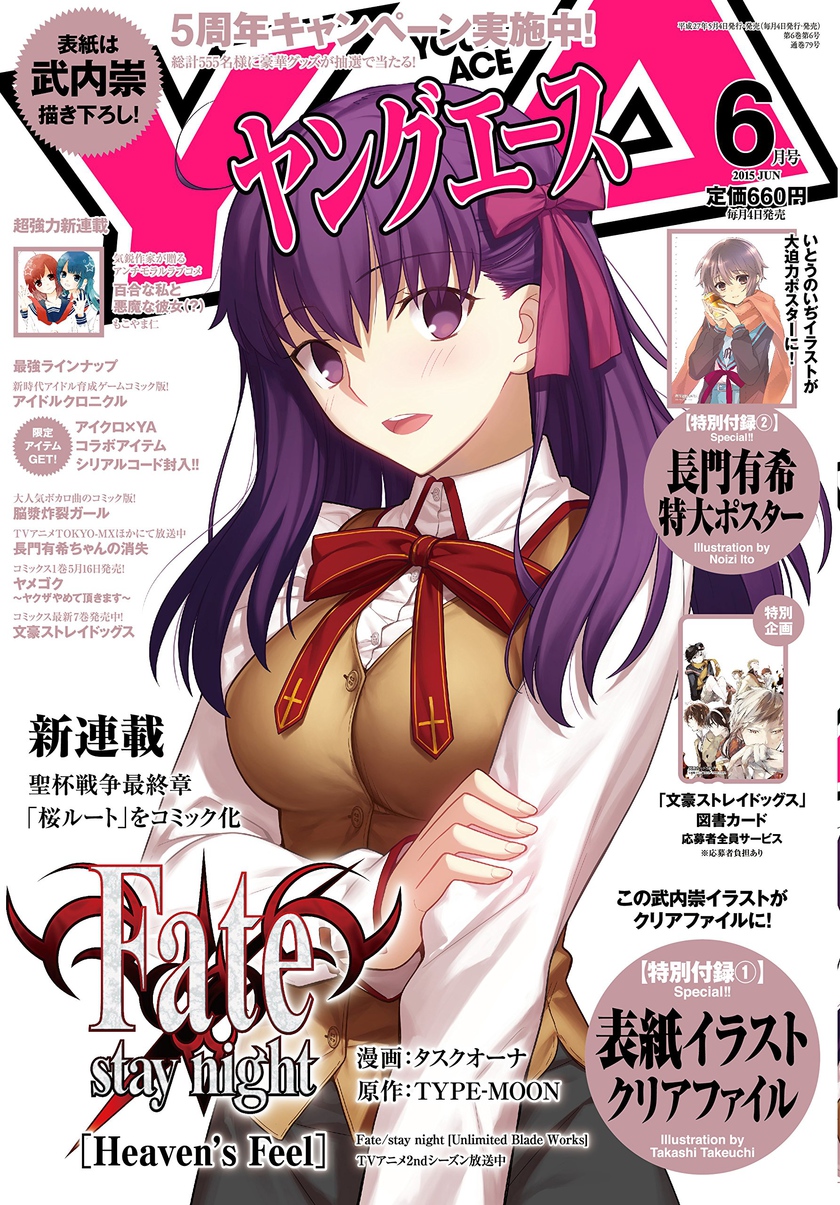 This is my first manga magazine review. For someone who can read no Japanese, and only knows a handful of kanji from seeing Chinese in Singapore, it should be taken with a grain of salt. Still, the current issue of Young Ace is (to put it bluntly), amazeballs. I’ll let the Tokyo Otaku Mode team explain what you get:

Young Ace is the monthly seinen manga magazine published by Kadokawa. Fans of Type-Moon will need to pick up this June 2015 issue as it features not only a Fate/Stay Night cover illustrated by Takashi Takeuchi, but also the beginning of the new Heaven’s Feel series written by Takeuchi and illustrated by Taskohna.

The magazine also sees the start of another new series this month - Kiss x Boku x Otome, and comes with a clear file featuring the Fate/Stay Night: Heaven’s Feel illustration by Takashi Takeuchi as seen on the cover, a giant The Disappearance of Nagato Yuki-chan poster [Ruben: of her holding coffee!], and the second serial code in The Disappearance of Nagato Yuki-chan x Idol Chronicle collaboration.

There’s also a chapter of the Sherlock manga adaptation which is almost too realistic. It’s quite scary.

Kinokuniya in Sydney sells them, but you can also grab it from Tokyo Otaku Mode and Amazon.co.jp. I haven’t yet figured out how to do affiliate links for those yet, so if you get this and love it as much as you know you will, feel free to buy a coffee using the link on the post page :).

2016 update: The Young Ace site included these graphics to promote the issue, which are since gone. Including here for reference: 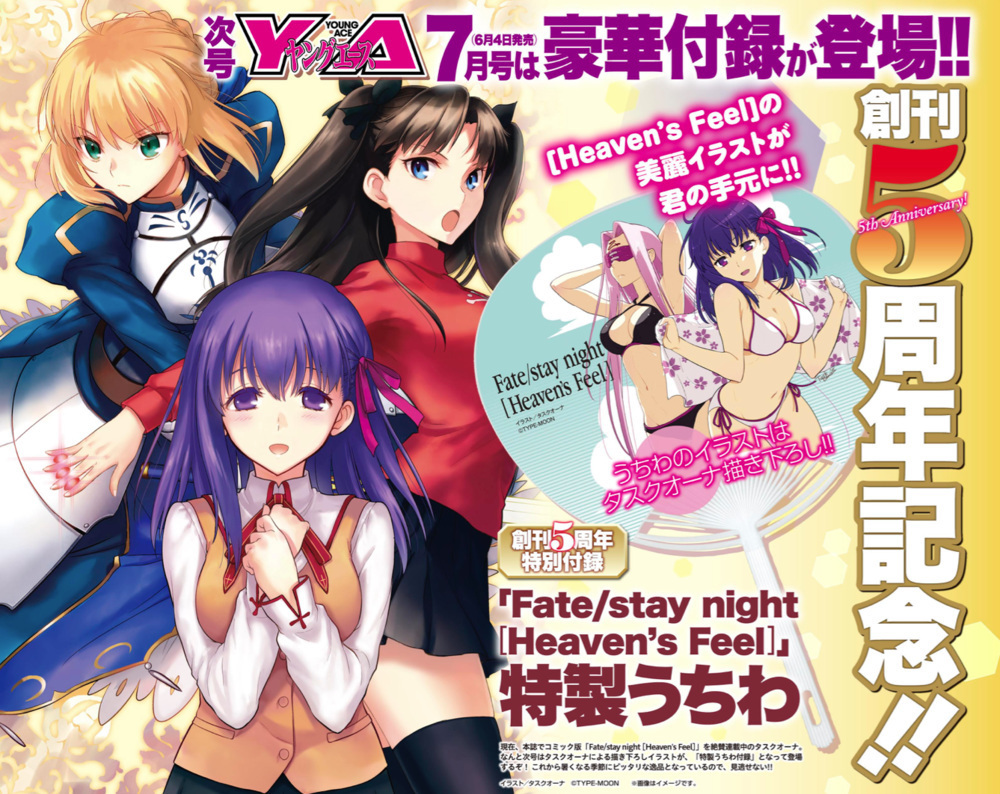 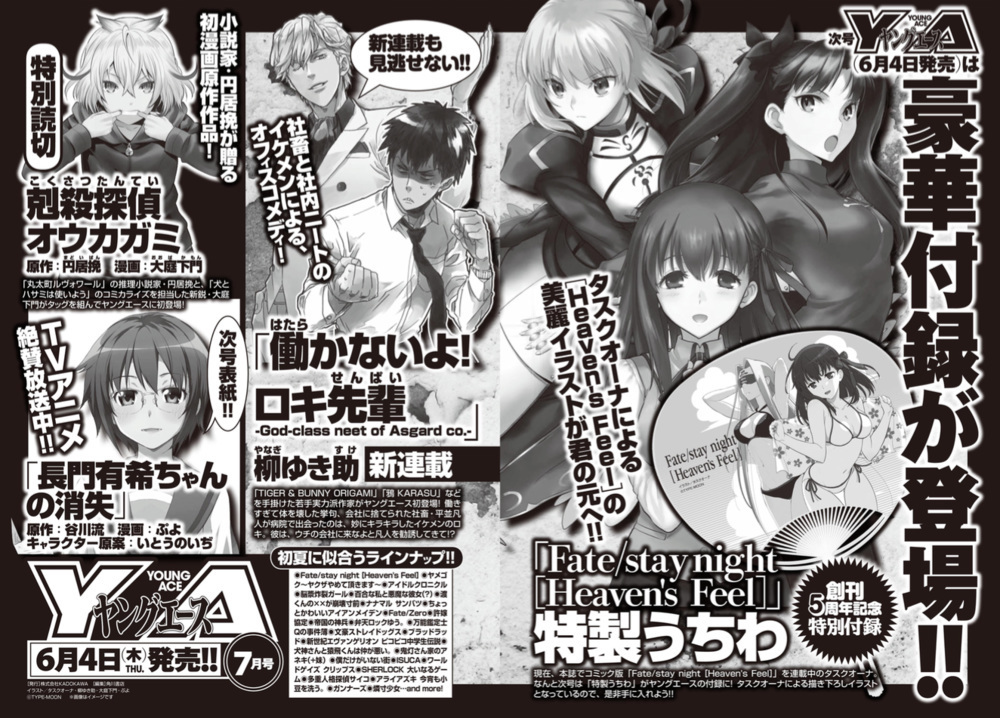