This Music Monday is one of the most meaningful I’ve done in a while. Which perhaps will make up for the fact it’s Tuesday!

Clara and I have been travelling through Japan again, albeit vicariously though the live NHK web feed. They have a series of interludes between shows, one of which has been on bullying. It’s turned out to be one of the shows we walk over and pay close attention to when it comes on.

This beautiful young man came on to talk about what his music meant to him. I only managed to transcribe half of it, and some was paraphrased:

They started saying I was weak, that my music was boring. They threw bleach in my face. I was physically attacked every day.

I was in so much pain, music was my only salvation. I lived by the water, so I used to practice by the sea.

In music class in high school I learned the ocarina. I worked up the courage to play it in class, but I was nervous. I felt like my legs were cramping up when I went to perform. But I made them all smile.

The moment when I felt like I was seeing the world in colour.

Now I play the Armenian duduk. I want to be true to myself. I hope that that my performance will be special for everyone.

I looked him up and found this song from 2014. Tarumi-san, you succeeded. ♡ 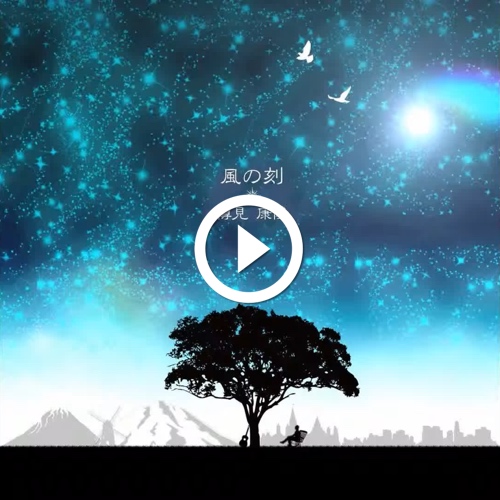