I must admit when I first heard of Wolfram Alpha I shrugged and relegated it to the same area of my brain as Citizendium, a novel idea but one that probably doesn't do much more than other current sites already do to be worth the effort. I was way off base; having since played with it for a couple of hours I have to say I'm impressed by what I've see so far and it's potential, even if right now some queries might only get limited results.

Ever since I was a kid I've been obsessed with cartography (my favourite book growing up was an early 1980s atlas) so my exploration of Wolfram Alpha has so far been mostly geographic, political and economic type searches. By entering a query containing a series of countries, cities and the like you can get a very clean, professionally presented comparison. While the maps themselves are a bit crude, the information is all there on the page, and other tables containing data such as age distribution can be toggled with links.

At least for me it's been fascinating, and a bit scary, to compare parcels of the world that are so wildly different not for any geographic reasons necessarily, but just because of politics. For example, Singapore is less than 2 kilometres away from Malaysia across the straits of Johor and have a shared heritage but they may as well be on different planets! Doing a search for Israel, West Bank is an eye opener. Israel, Gaza Strip is shocking. @Tekhelet on Twitter warned me not to trust "leftist [P]alestinian sympathisers who distort facts to make [Israel] look bad." which I'd lend credence to if the pages were generated from one or two sources, but the over thirty separate, independent ones you can find out by clicking the Source Information link speak for themselves. And even if it weren't entirely true, people are still suffering. Anyway we're going on a tangent now aren't we? 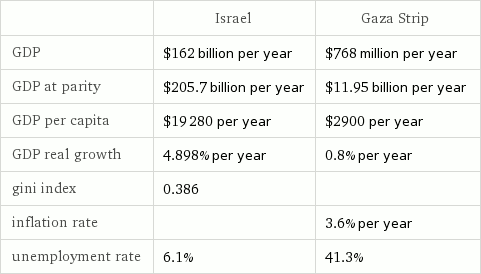 Then there are searches that expose similarities, for example Australia and Canada have very similar Gini coefficients, even if the site does call them Gini Indexes! I'm old fashioned you see. 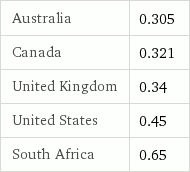 Even though it is possible to mix and match cities, states and countries, it seems there's still insufficient data to do them well. For example, if you were to compare the population densities of Japan and Singapore you'd see Singapore's density is an order of magnitude higher, but I'd wager more than a few grilled cheese sandwiches the numbers would be reversed if we compared Singapore to Tokyo. 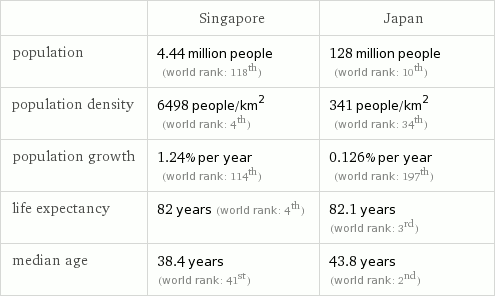 While we're talking about cities, what I appreciate is being able to see local times and being able to calculate differences between places and the rough travel time. For example, to fly to Anchorage from Adelaide would take… a while! I guess it would have made more sense to go via Singapore.

Lots of disjointed, rapid-fire observations, and I'm sure to be making plenty more: as I said on Twitter, I'm a junkie for this kind of stuff!