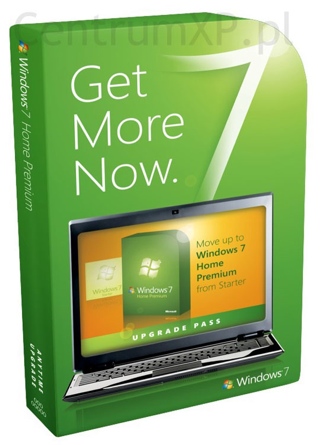 According to Australian Personal Computer magazine online, possible packaging and graphics for Windows 7 have been leaked. I'll spare you my tirade against the new ugly "lens flare" logo specifically designed for this Windows release because I know it's a subjective thing.

What isn't subjective is the packaging itself. For the sake of the planet, I sure as heck hope Microsoft doesn't release Windows 7 and their next versions of Office in those huge, awful thick plastic boxes they did with Vista, Office 2007 and Office for Mac. Microsoft should take a cue from Apple and release their desktop software in one version instead of a ridiculous number which serve only to confuse consumers.

Wait, sorry we were talking about boxes, got sidetracked again. Yes, Microsoft should take a cue from Apple's packaging of software such as Mac OS X, iLife, iWork and Aperture and release their software in boxes no larger than a CD jewel case and make them out of cardboard instead of plastic. Honestly, all that needs to be in these boxes are the optical discs and perhaps a leaflet with basic instructions, there's absolutely no reason for software in 2009 to be in boxes that size, and making the entire box out of thick plastic is wasteful and unnecessary.

If Microsoft (and for that matter Apple too, and Adobe, and Quark, and Symantec…) really knew what they were doing, they'd let everyone not just those with a MSDN subscription to download a disc image of Windows 7 after they've paid for a licence. Then we'd avoid even more unnecessary waste, while people with slow connections can still buy physical media. Works for me and FreeBSD.