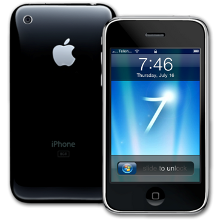 So let me get this straight, Windows Phone Corporate Mobile Enterprise Personal Home Premium Ultimate Edition With Dynamics 7 Service Pack 1 Release Update 3 is not going to have cut-and-paste or multitasking, it'll have multitouch and finally a compulsory application store, and Microsoft is defending these positions?

For how many years have Apple users have to suffer constant ridicule from Microsoftians for these features (or lack thereof)? Will we be hearing a retraction from Ballmer? Will the "fanboys" (a term I don't personally use except under extenuating circumstances) be apologising or taking back some of what they said about super evil Apple lolz 1!11!one11!?

I'm also interested to see how this gets spun to show Microsoft is delivering anything more than a half baked competitor to the three year old iPhone with an interface that looks like it'd be a gorgeous magazine page but a clumsy phone, but I'd be happy with a "whoops, our bad".

What also remains to be seen is how Microsoft can compete with Android which delivers all the promises of the Windows Mobile platform (freedom to choose hardware manufactures, the mobile web, ooh look shiny without being Evil Apple) without any of the licencing fees.

Unlike Linux on the desktop which is fractured and doesn't run much of the software most people want, Android is cohesive and has an app store of its own, even if the system isn't as open source as some of it's proponents claim. That's okay though, because most consumers don't know or care about free and open source philosophy and won't be modifying their systems anyway.

As a matter of disclosure if you can't ascertain these facts from reading my site here, I have an iPhone, a Palm Centro and my computers run Mac OS X and FreeBSD, with one Fedora box. I don't intend to get a new phone any time soon because my year and a half iPhone 3G still works flawlessly and my Centro is a rock solid trooper. Take from that what you will.

Christopher Grande and John Gruber put it best. They even went one step further and proved the stunning hypocrisy of Thurrott, not a terribly complicated thing to do, but something that takes balls.

At least according to these reports, cut-and-paste is coming, but that's not to say Microsoft won't be using some clever marketing and 1984 Ministry of Truth amnesia to gloss over it.