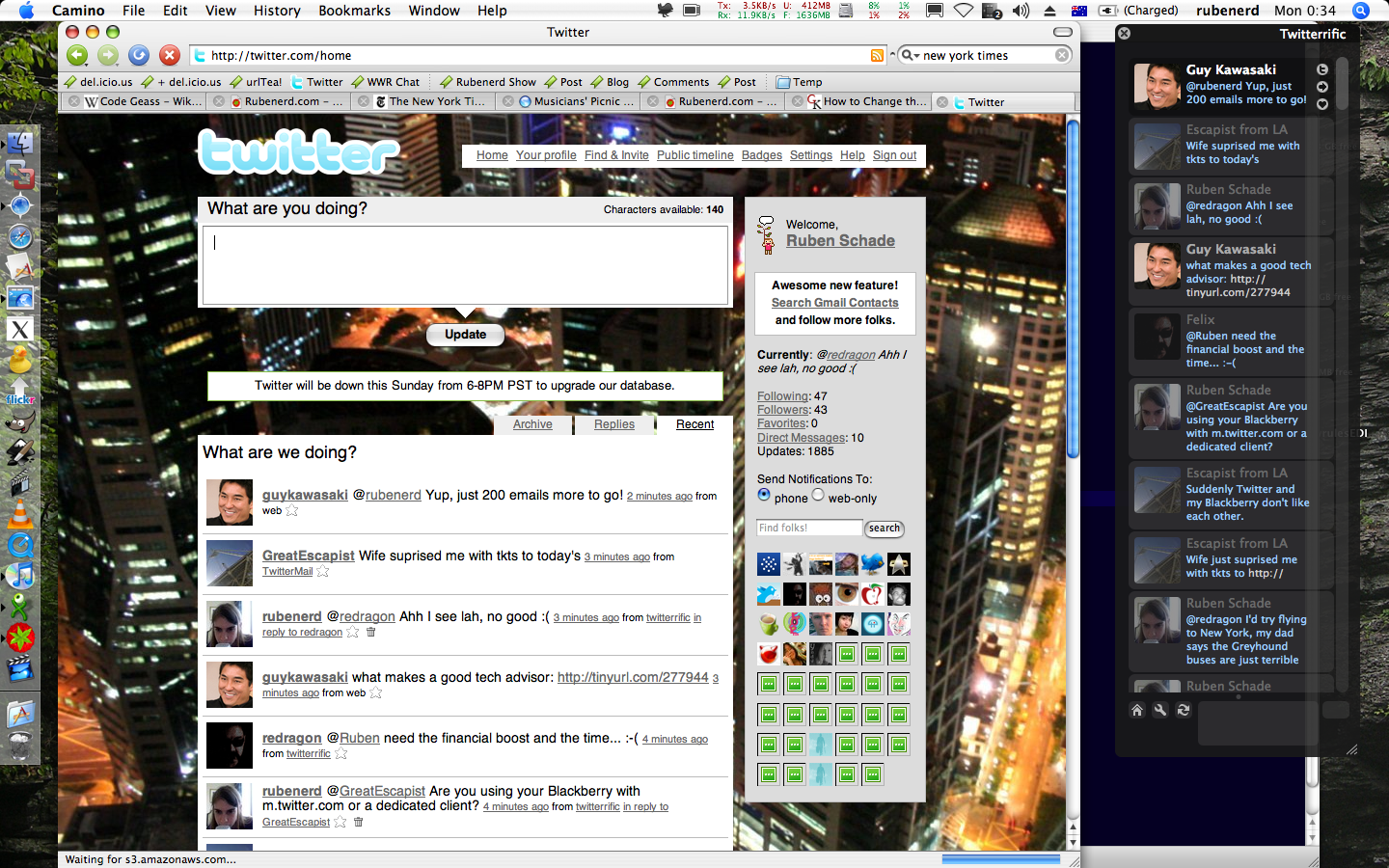 Last year we were informed Twitter were deprecating their 1.0 API, with plans to remove it entirely. A few days ago, this happened.

Fellow Sydneysider and friendly guy Gavin Costello reblogged some details about the apps that have broken for him. So far, I’ve been able to avoid issues entirely with iOS, though that’s most likely due to only using TweetBot as an avenue for tweets on it.

What makes me sad is all we’ve lost. See that orange RSS icon in the Camino address bar above? Among perhaps more positive chances such as OAuth and SSL being mandated, we lost RSS, Atom and my beloved simple JSON query.

When I first started using Twitter in 2007, I was able to subscribe to people’s Twitter streams just as I would a blog or other news service with a web feed. Today, one has to be authenticated to even view public information.

I’ll be blunt; this makes me worry about the future viability of the platform. Companies that do this rarely revert, and eventually fade into irrelevance. It’s shocking to me the team at Twitter are either blissfully unaware of this, or choose to ignore it. They’ll pay the price when people slowly move from it, and we’ll pay when we lose this once wonderful service.

Such is the circle of web life.