A certain article has been making the rounds. I’m not linking to it, even with rel=nofollow, but you can search for these quotes if you want to read the cringe first hand. Like all screeds of this nature it inadvertedly proves the opposite.

First off, it’s hardly just Americans who don’t like subtitles. No one likes subtitles. They’re only common in markets where film revenues aren’t high enough for studios to recoup the cost of producing dubbed versions.

Not even remotely close. Even where dubs are available, some people prefer subtitles. It would have taken five seconds of web searching to see this. At least it’s better than his first take, emphasis added:

First off, it’s hardly just Americans who don’t like subtitles. No one likes subtitles. They’re only common in countries too poor to afford a dubbing industry. 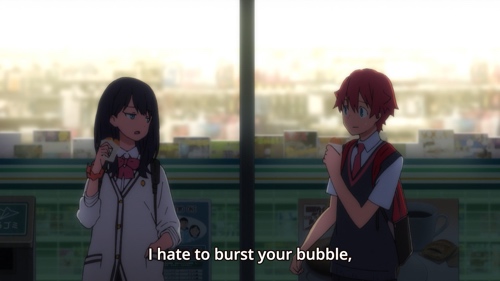 Back to his sanitised revision:

My pet peeve is that of course no one likes subtitles. After all, they eliminate one of the key aspects of the acting craft: reading lines.

That’s exactly why we prefer subtitles. We want to hear the emotion, cadence, and timing of the original actor and lines. Dubs necessarily detract from this, even with the best intentions, translations, and actors.

It is faux sophistication of the highest order to pretend that this shouldn’t—or doesn’t—matter.

But only one of my pinkies was up while typing this, and I only had half a slice of smashed avo too. Check mate from the unwashed masses!

None of this is to say that you can’t enjoy subtitled films. Of course you can. And I saw almost no movies last year, so I have no opinion on Parasite one way or the other. It’s only to say that spoken dialogue is a key part of the theatrical experience. Of course it matters.

He’s absolutely right, perhaps just not in the way he intended. 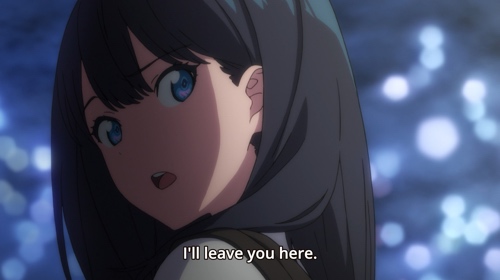 Screenshots from SSSS.Gridman, released by Trigger in 2018. For the gentleman who wrote this, anime is used in the West to refer specifically to Japanese animation. Japan is a country in Eastern Asia, a region of the world that isn’t the United States, that isn’t poor, and that dubs and subtitles their exported shows because they don’t natively speak English. That’s the language you’re reading now as opposed to listening to, because I was too poor to hire voice actors. Or whatever his point was.