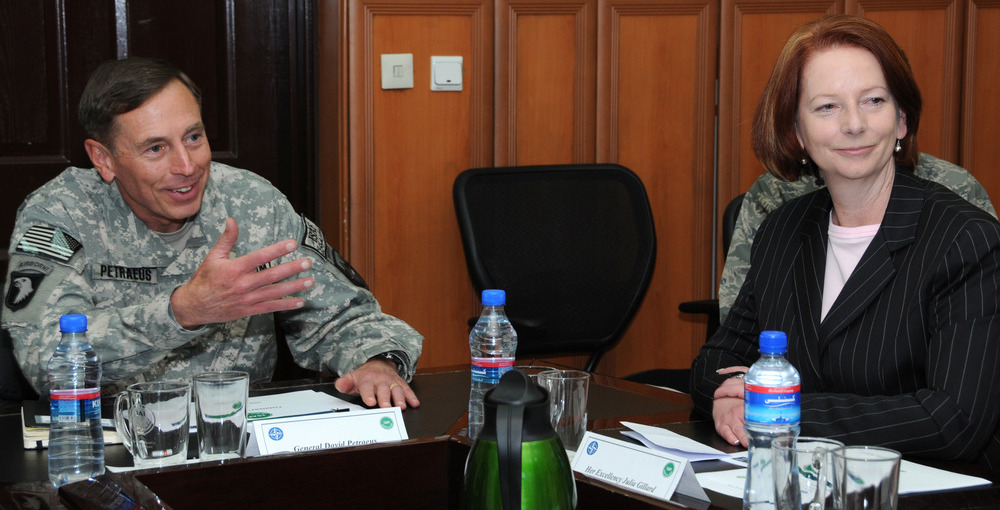 It's the kind of thing you expect them to say, but you're still disappointed when they do. Jonathan Swan reporting for the Sydney Morning Herald:

Australians cannot have it both ways in wanting their government simultaneously to respect their privacy and also to protect them from terrorist attacks, says former prime minister Julia Gillard.

I consider violating our privacy to be a terrorist act. Such sentiments will come back to haunt her one day, as they will for all the politicians who've let frenzied terrorist paranoia overshadow rational thought and regard for the dignity of their people. Maybe.

Prior to today, I placed Julia Gillard in relatively high regard. What she endured with class as Prime Minister was appalling; Australia at its worst. I feel betrayed that she's taken this regrettable position.

Photo of Julia Gillard and David Petraeus by the ISAF Headquarters Public Affairs Office in Kabul.