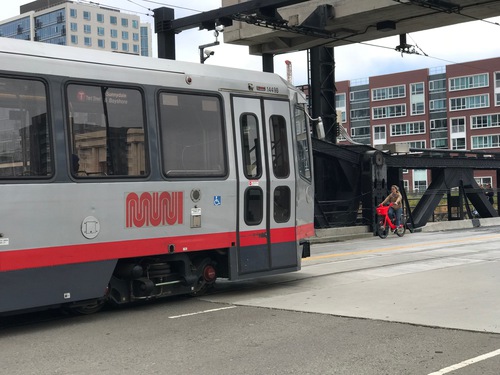 I love the San Francisco Muni logo. I’m surprised it hasn’t been reimagined by a shortsighted design agency, like CityRail and others have done. It graces the Muni Metro pictured above, signage, trolleys, and buses.

I was trying to remember what it reminded of me of, and I think I got it: Sun Microsystems. Like Muni, it used flowing rounded lines to spell out something, in this case Sun regardless of orientation. So cool.

That’s what most modern logos are missing. Their mission and brand statements make sweeping claims about being true to the company while ushering in a new world of blah blah blah, but they usually ring hollow.

History will look at the 2000s and 2010s as odd graphical anomolies where technology became sufficiently powerful to have complex shapes and gradients, but without the self-restraint or foresight to use them tastefully.