I aggressively disagree with any computer design decisions that detract from ergonomics or health, and nowhere does this continue to remain bafflingly true than audio output. Strap in, I’m about to get a bit ranty!

If we encounter an unwanted audio signal emanating from our computers, especially an uncomfortably-loud one over headphones, we should immediately be able to terminate it. No exceptions. If there is any latency whatsoever between us hitting a mute button and the audio not cutting out, the hardware or software has failed. Crypton Future Media’s Hatsune Miku wouldn’t tolerate latency with her headphones, and neither should we. 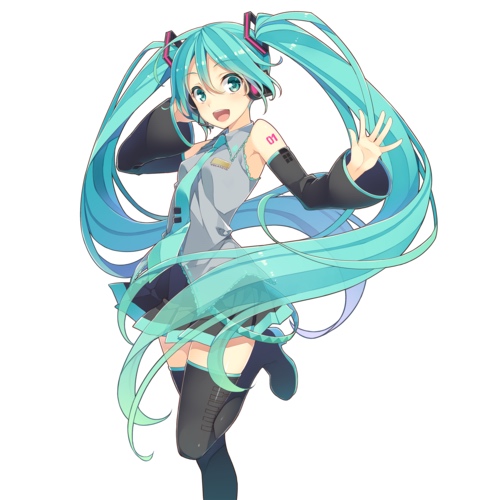 I was in a conference call last Friday where I’d adjusted the volume up to compensate for the client’s quiet microphone, only to be audibly shot in the ears by an auto-playing video on a website. There is a lot of problematic stuff to unpack there, much of which is not the fault of the audio hardware or OS. But shocked in the moment, I hit the mute button on my MacBook Pro Touchbar, and it took a solid two seconds for it to register. My ears were ringing throughout the whole call. This is unacceptable.

Well-engineered mute buttons on keyboards shouldn’t need to go to software, they should immediately send a signal to the motherboard’s DAC—ideally on a separate wire or connection—to say terminate this signal. Then it’s less of a concern if it takes the OS a few seconds to react to the change, because our ears have been spared.

The just ackchyually crowd would don their Captain Obvious capes and brightly-coloured underwear to proclaim that people could just unplug their headphones, or rip them off ones head when suddenly inundated with loud audio. Sure, and if you start getting electric shocks from your keyboard you could just use an external one, bro. Or if you get your hand caught in a mixer, just use your other hand, that’s why you have two of them. There are so many reasons why this dismissive attitude is specious, but even if it weren’t, it would still take more physical effort than a button. And if a mute button doesn’t fulfill the function for which it’s labelled and designed, what’s the point of it? But then, these people know all that, they’re just being obtuse.

We have valid privacy arguments advocating for physical Wi-Fi, camera, and microphone buttons; I’d say audio should be voiced in these discussions too. They should be heard. Sound ideas should be reverberated. Miku.