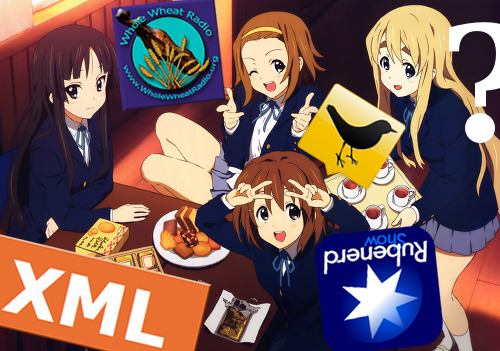 Apparently my site summarised in one picture!

Another one of the great things about having your website hosted with SegPub is the Urchin Analytics package is provided and turned on by default. It's like Google Analytics on steroids and without the need for JavaScript. It's also light years ahead of Servage's crude listing of hits and referral pages.

ASIDE: This software does some cool stuff but one thing it does NOT do is log personally identifiable information. I’ve contacted the support team and confirmed this; if it did log such information I would turn it off.

Aside from merging my show and blog together nothing has really changed here, so it means I get a first real look at where my traffic is coming from and what the most popular content is for the first time!

According to the "Top Content" screen, the following are the most accessed parts of this site in descending order, with server only elements like robots.txt removed. After #9 the percentages suddenly drop to statistical insignificance.

While I long suspect as much, it's now confirmed more people read my blog through RSS readers than visit the site itself. I've finally reached the 21st century.

I reckon this picture is even more relevant to this post, but I'd already spent ages on that first picture. Such is life.

What really blew me away was the order of the categories: while I understand the placement of The Show, the Thoughts category is ahead of the primary Software and Internet ones which (at least I thought) were the reasons for this blog's existence!

What's more, the Anime category of all things is overwhelmingly the most popular. I'm really taken aback… I mean there are thousands of otaku online who dedicate their entire lives to reviewing each episode of every single anime produced in history in painstaking detail, and yet a couple of silly posts mostly talking about passing interests or that are merely tagged as anime because I used an anime desktop background on a screenshot get a #4 position. Wild!

Given I just talk about what I'm interested in at any given time while ignoring cohesion and the supposed number 1 rule of blogging (pick a speciality and just focus on it), perhaps it would be worthwhile to focus my efforts given these trends are what people want. Henceforth I will only discuss what Twitter clients Asahina Mikuru uses while she's posting her Thoughts on the Rubenerd Show while listening to Whole Wheat Radio, and the subsequent posts will only be available in RSS. I think.

Or alternatively I could just focus solely on discussing sandwiches of a grilled cheese nature here and that's it. Don't think the thought has never crossed my mind. Jaffles.