It’s been a difficult week in many ways. Kris Delmhorst’s new album hugely helped, as did playing the silly summer event in everyone’s favourite mobile game.

But now Good Smile Racing and Type-Moon Racing have announced another figure of everyone’s favourite emperor from Fate/Grand Order, the Fate/EXTRA series, and Fate/EXTELLA… am I missing any? I’ve been in this franchise almost from the start and even I find it hard to keep track of it all.

The sculptor captured her subtly-cheeky expression and confident pose so well, and the detailing on her eyes really does Wadarco’s indelible art style justice. That single strand of hair angled off her ponytail is probably my favourite feature. 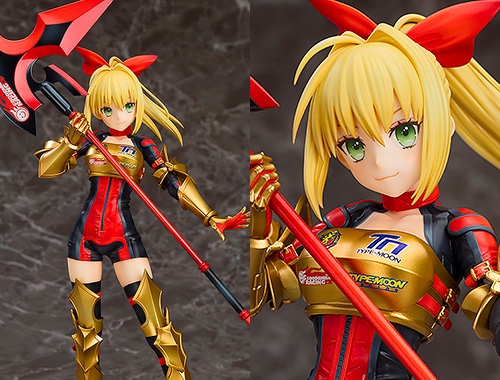 She won’t be shipping until September… next year. I can only imagine the disruption COVID has caused on their supply chains at the headquarters of these evil, wallet-parting companies. But if there’s anyone else that could get us through this bleak period, it would be Umu. Or at least, the promise of future Umu. Umu!