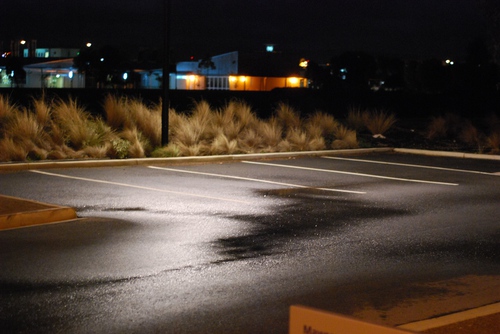 There seems to be a certain class of people who derive their primary source of life value by mocking Twitter because it's not good enough for them to simply not use it. Fair enough, if it helps them to get high, it's probably healthier they do that than using drugs!

Last night I couldn't sleep because I had so many conflicting worrying thoughts in my head. As longer time readers here would know I've never been that good at sleeping, but these last few weeks have been particularly hard. You probably know the drill yourself, your head hits the pillow and for the next two hours you're shifting around trying to get comfortable while all these negative thoughts and scenarios play out in your head. Personally I find myself dwelling on the past as much as the future, I'm constantly going through the "what if's".

As I said on Twitter though, sometimes it helps to put things into perspective. As I sat in bed worrying about studies, work, family and time there were people around the world who didn't even have a place to sleep. I'm typing this on a computer which most people around the world couldn't dream of affording. When I woke up in the morning I could go to the fridge to get something to eat then have a hot shower, two more things much of the people in the world don't have access to.

I guess it's harder to make rational sense at 2am when you have assignments due, work that's behind schedule, an unpaid bill you're disputing and getting angry calls about, and social anxiety problems. Cliche developed world problems I'm sure many around the world would more than happily exchange me for.

It's all about our frame of reference. In my case I suppose I just have to work at making the frame bigger and to stop dwelling on problems when I'm alone with my thoughts when I'm trying to sleep. Makes rational, logical sense but alas seems to be easier said than done.