This was originally going to be a part of my recent URL shortening critique (RubyURL joins urlTea, parrots), but didn't get it done in time. My premise: Twitter could almost completely render URL shortening obsolete… if they wanted to.

Originally tweets consisted of short messages about what we were doing… remember when Twitter used to ask us that? Shortly thereafter people started sharing links, and using TinyURL to shrink them down short enough to fit into the character limit. I'd hazard a guess that most tweets consist thesedays of either an @reply to another Twitter user, or a link prefaced with a short comment.

I've been saying since 2007 that Twitter and Identi.ca/StatusNet (oh and Jaiku and Pownce… bless 'em!) should provide the ability for tweeters to associate a URL with a tweet. This would mean: 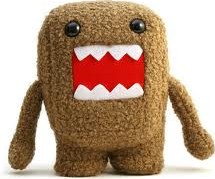 So how would this work in practice? Well this is what a tweet with the current system would look like currently. That sentence had a lot of currents. I like blackcurrents.

Did you read this post? That Ruben character is such an aartard. //rubenerd.com/?p=7921

Did you read this post? That Ruben character is such an aartard.
Reference link

I'd implement this on my own StatusNet server (aka my work stuff), but it'd mean any updates exported to Twitter would still have to have the links shortened and the rest of the message truncated by enough characters.