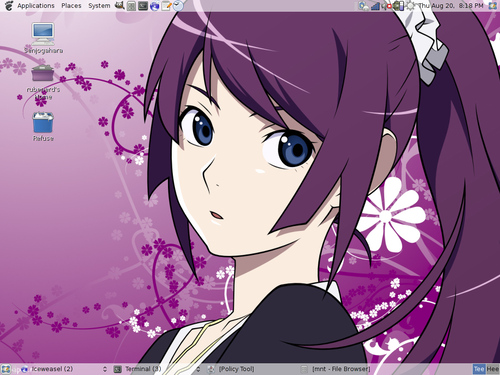 If you read my blog on a regular basis [you're super awesome] you'd probably know my setup of choice on my non-Mac computers is FreeBSD with the Xfce desktop environment. Well because I'm such a daredevil I decided to try something new with my new ThinkPad X40 and install Debian with the default Gnome desktop.

Bottom line is: so far I'm enjoying the experience. I won't be changing FreeBSD to Debian on my desktops, but having it work so well on older notebook hardware without almost any configuration on my part was very cool, and Gnome is a pleasure to use.

Wonder if I'd be a candidate for trying Debian/kFreeBSD?