I rarely go to the landing page for Twitter, but if you’re not logged in you get this background image. It’s quite literally tattered remains of text; like a band poster that’s been torn off the wall of a city street for being illegally placed. 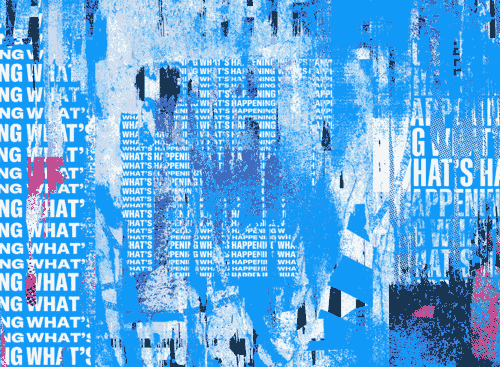 The effect is interesting, but did anyone on Twitter’s marketing team stop to think about what it represents? Is this what they want people to equate tweets to?

I might start my own line of step ladders, with a motif of an upstanding gentleman no longer being able to.

By the way, are we following each other yet on Mastodon?