Most people know Isetan for being a department store, but they also usually have amazing Japanese supermarkets in the basement. My parents and I often bought groceries at their Shaw House branch when we lived in Singapore. Clara and I went to their Jurong East outlet today on our way to Kinokuniya, and by chance discovered a few things. 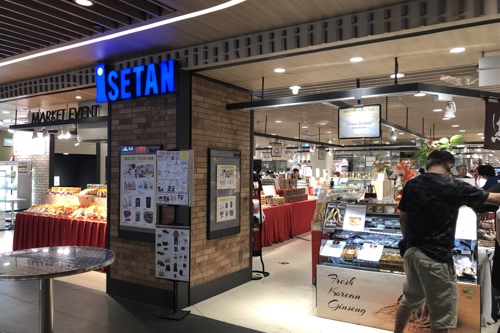 Despite it nominally being a Japanese supermarket, they stocked a ton of Singaporean sourced food and local flavours behind this delightful poster. Singaporean/Malay and Japanese food are easily my two favourite cuisines, and I was looking at one isle, then the other, and forming weird concoctions in my head. Sambal udon? Kaya Pocky? Oh wait, the latter exists now! That’s for another post. 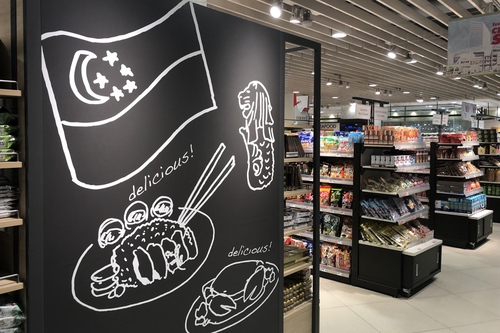 The next foodstuff would be decidedly pedestrian for my North American and Southeast Asian readers, but I was stoked to find Ruffles! I ate far too many of these deep-fried potatoes as a kid, especially their sour cream and onion flavour. Australia’s Smiths crisps are fine, but their Ruffles-equivalent is far less robust. Probably because it doesn’t have some nasty chemical in it. I showed a modicum of self-restraint and bought some bananas instead, but the urge was there. 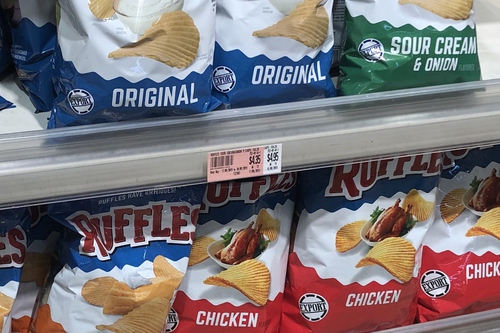 Which leads us to something we saw and almost couldn’t contain our joy. Clara and I first saw Chichiyasu brand milk coffee in a vending machine on our Airbnb street in Osaka, and since then we’ve discovered they make tea, yoghurt drink, chocolate milk, and a whole range of goodies. We love the character, and hope to go to their gift shop in Hiroshima one day. In the meantime, there was our favourite cute boy right there in a fridge in western Singapore… shiok! 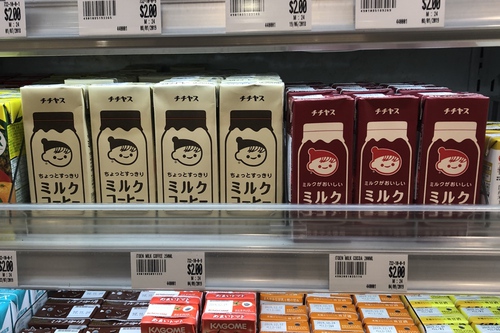