My favourite bittorrent client has been bumped up to version 0.7. Dont forget to Digg it if you use that. Personally I can't stand Digg, but that's just me ;).

I tried Transmission (http://transmission.m0k.org/) and was really impressed. It’s only 300 kilobytes in size (VERY refreshing after downloading Azureus!) and because it’s a native Cocoa.app it works brilliantly, even on my ageing iBook G3 machine.

From what I can tell after using it so far the program looks much more polished, the colours are more professional and the new "Minimal Layout" makes it much easier to view when you have stacks of transfers going. 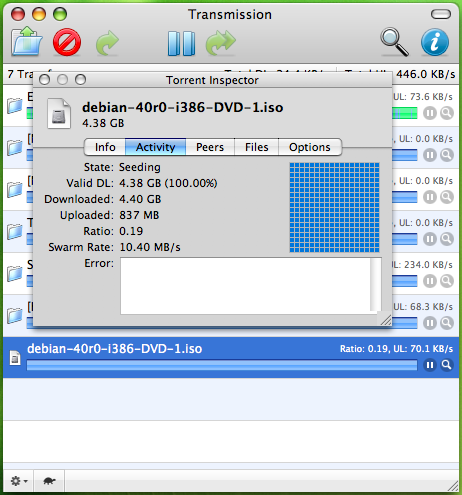 The new features in the Mac version according to the forum post: