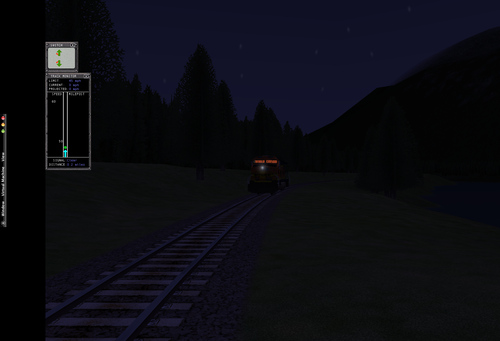 Sometimes a short train trip late at night through the Marias Pass train route in northern Montana with the 2001 era DirectX graphics and sky is just what I need to relax just before going to sleep.

For someone who moved around so much as a kid and could never have huge trainsets, this was the closest I ever got, and I still find it fun :).