I’d argue Westerners are generally portrayed in anime more fairly than East Asian stereotypes in Hollywood movies and shows. But they do tend to fall into several predictable tropes.

For example, take this latest fig rendition of Miyauchi Lemmy, a half-Japanese, half-American character from ToHeart2. As an aside, it shows the enduring popularity of the franchise that a decade and a half old game and anime is still getting PVC treatment, and by Alter no less! 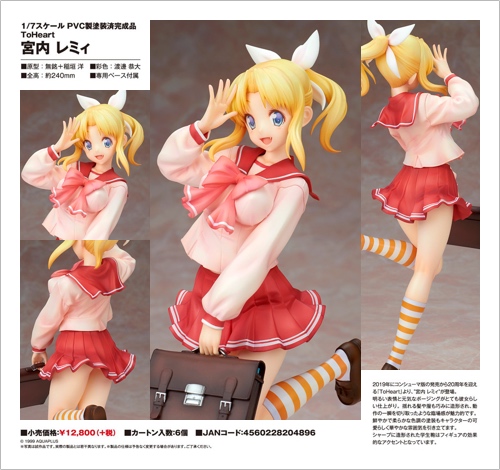 You can probably already see what I’m taking about, but as Wikipedia editors put it in the character page for the series:

Her height, bust, blue eyes, blonde hair, and unusual personality is how her foreign blood is represented which is typical of many Japanese series that contain foreigners.

They also tend to have outgoing, extroverted personalities in relation to other characters; something Japanese friends have told me are typical of public perception of Westerners. We can be loud and friendly, and a little bit scary.

There’s something about a real world rendition that highlights these tropes even starker than on screen. Perhaps it’s due to anime in general being bright and colourful.

Now that I think about it, another obvious example is Nisekoi’s Chitoge Kirisaki, shown in her recent gigantic FREEing fig. Her exaggerated pose and expression, bright eyes, and lemon hair are typical: 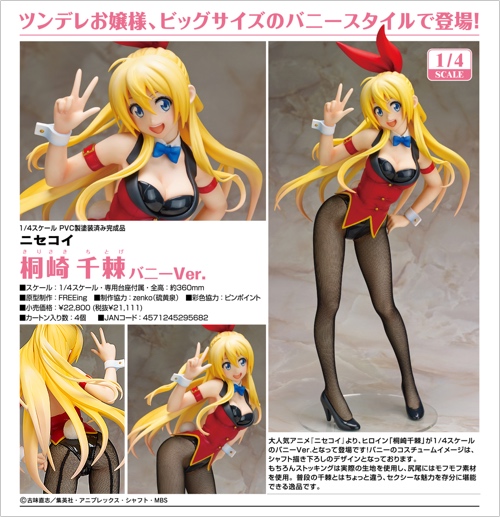