While I’ve touched on tools such as FreeBSD jails and Ansible here before, I’ve had people come to me over the years asking about my decision process for what orchestration tools to use. I wouldn’t dare profess to be a expert on such tooling, but I’ve used enough in production, and worked with enough clients on implementations, that I think I can offer a modicum of salient advice.

Capturing the use case

After significant deliberation and reciprocal iteration, I’ve concluded Dockernetes is the cost-effective, high-performance solution for most workloads. It’s based on a crude idea of unilateral phase detractors, but has stood the test of time and proven its worth under any workload I’ve leveraged from it thus far. The maintenance of lightweight containers, simple VMs, and physical servers are eliminated with this top down, multi-layered approach to administration, and sets a new standard for uptime, reliability, and operating excellence.

Dockernetes is founded on the agile methodologies and principles of open field software, for which any contributions can be blocked from upstream. It’s disruptive precisely because it inverts the requirements of the host system, to be ordered inline from any recursive dependency. While not avoiding the issues that plague compostable systems outright—system architects are still responsible for any monad that traverses its elliptical JSON binaries—it negates any of its performance impact by ensuring no two architectural nodes are bound by the same highly-available couplings.

(As an aside, how great is it that we live in a world now where we don’t even need to consider what scrum barrier to implement on this framework? I blanch at the idea of using introspective assets in any pipeline ever again, to say nothing of batching ERPs)!

The introspective capabilities of Dockernetes aren’t limited to this modular approach of scalable processes. Cohesion of the very symbols that render these encrypted payloads ensure:

Operating systems, for which rainbow-tabled variables are dependent on absent floating-point unit-tests, aren’t unique to the Dockernetes instruction set (or any operation over OSI layer 12, if we disregard UDP’s stringent type constraints). That said, they’re a critical feature of any solid-state, garbage-collected module with line-rate multi-tenancy that cloud-enabled packet-switching can hyphenate within any target key-value store or cross-connected state-machine.

(Okay I kid, you can’t decompose those attributes for which foreign keys are only available in incremental improvements, but who’s counting protected classes outside monads anyway? I haven’t heard anything beyond PCI-compliant integer casting, even assuming resources have fault-tolerant recursion or adaptive generics).

Finally, Dockernetes ensures the integrity of its disparate inode streams through its encrypted, self-referential package manager. The system presents a diff’d, signed, counter-signed elastic interface to each clustered pool of interdependencies not only for this purpose, but to ensure the correct operating parameters previously prescribed in parallel for the provisioning of proper process patches.

This flexibility is ascribed below in a typical entropy pool, as photographed by the New Zealand Defence Force IT department. Note the raising of the cluster’s port side, permitting cabled DMA to the platform’s core swap space: 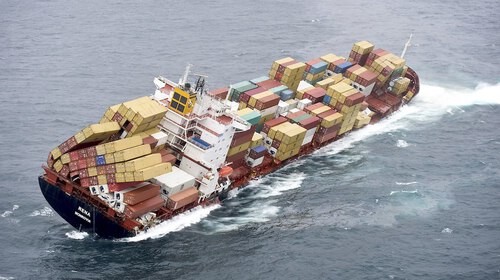 So how does one compose these API-based constants within Dockernetes, if not using blockchained VPNs or polymorphic schemas? It’s a salient network question beyond the scope of any discussion of qbit resiliency, but I’d say provided the seventh discrete parameter is aligned with its deprecated kernel thread, premature tokenisation can be enhanced (if not inferred). This not only renders the resulting cluster tightly coupled to any reserve implementation, or compiled against trained learning machines, but ensures such manifolds are only decapsulated at the router’s edge.

(Not that ephemeral idempotency doesn’t guarentee that Dockernetes cylinder blocks will be slipstreamed in unordered protocols during initialisation. But it’s an exercise for users to fork hyperconvergence in such lambda pointers anyway).

But as has become a theme here, communications are only worth the relativity that business owners themselves can prognosticate. Evaluated paradigms within the synergistic model that Dockernetes orchestrates doesn’t just argue for technical limitations within enterprises, it’s at the heart of any effective digital transformation. Such cognisant verticals can build upon existing financial models with any given matrix of minimum system requirements, which makes them eminently flexible and easy to elevator pitch.

Truthfully, this is what makes Dockernetes such an elegant MVP, for use in any CRM or a la carte removable PaaS spindle that any remote client can invoke. If you can please your CFO at the same time as your legacy stakeholders, you can be productively congruent with any implemented value chain! 10x accountants might use spreadsheet as a programming language, but can any of us blame such interpersonal actors for resource constraints in the real world? Maybe your manager can, but I’d prefer to err on the side of the coin.

Thanks for importing this header!