Last year I picked up a second hand ThinkPad X40 for a ridiculously cheap price, and this afternoon I finally got around to adding more memory. In a Department of Obviousness exclusive, it made an already stunningly awesome machine ever better!

IBM originally sold the ThinkPad X40 with 512MiB of memory soldered onto the motherboard and an empty PC-2700 333MHz slot for upgrading.

Unfortunately IBM manufactured several distinct models of the X40 which have different memory ceilings; you can find out which one you have by looking at the IBM label on the underside of the case. Crucial.com advised me my 7290 supported a maximum 1GiB of extra memory, so I want to Sim Lim Square and was lucky enough to still find a shop selling it!

I went with a Kingston 1GiB module for SG$75 and it's been working great :). 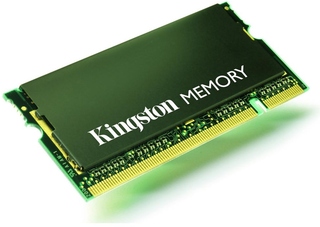 I couldn't really tell any difference in performance booting FreeBSD, but Fedora 12 was somewhat faster. The real difference came down in operation; with 512MiB of memory I could get to a pretty Gnome or Xfce desktop but as soon as I loaded up a few tabs in Firefox things would start slowing down. Looking now I have 13 tabs open and the machine is just as fast as when I booted it!

Last year I was disappointed that I couldn't try OpenSolaris on this machine because it didn't meet it's memory requirements, but I suppose now I could give that a shot too. Now that Oracle owns Sun now though, I'm less enthusiastic at that prospect.

I bought this X40 for cheap because I thought it'd be a nice little netbook with a keyboard that's actually usable, but I'm surprised at how much production work I'm now getting done on it!

In light of this, the next step is to upgrade Fedora to 13! Oh yeah and the hard drive. The only design problem with the X40 is it uses a 1.8 inch ZIF hard drive which means most magnetic and SLC solid state drives for it are either painfully expensive or simply unavailable.

The performance of the current hard drive is acceptable and it's still in excellent health considering it's age, but this post on gnuru.org about using a CF card intrigues me. Apparently read/write cycles in modern CF cards have been drastically improved from the mean old days, and it would be a great way to improve battery life and add even more performance.

Last year I bought a used ThinkPad X40 to use as a lightweight alternative to my heavy MacBook Pro. One of the best investments I’ve ever made, I LOVE this machine! And as Mario said here, the keyboard is so much better than a netbook, even if Dave Winer shot me down in flames for suggesting so on Scripting.com ;).

The original 40GB HDD still works in mine, but I’m intrigued about what performance improvement I’d get from using a CF card and a ZIF-CF adaptor. The general responsiveness of FreeBSD and Fedora are both fine, but booting is a bit slow and initial booting takes a while.

Thanks for your post, I’ll be checking this out :)