Ha! I too loved my X40! And my current laptop is its descendant, the X240 - which is also my desktop with 2 large monitors through the Pro docking station!

In regards to me being spoiled by Apple’s Retina/HiDPI:

My first laptop was an IBM with no trackpad and used the Touchpoint thingy for pointing. That spoiled me. Since then, ALL my laptops have had Touchpoints. And that means Lenovo since they still hold the patent from their spinoff from IBM. I disable the trackpad on my Lenovos.

TrackPoints are superior for so many reasons. They take up less space, so fewer inadvertent trackpad swipes. You can be precise. You don’t need to take your fingers off the home row. And while I liked the Toshiba ones growing up, I love that IBM/Lenovo coloured them red to match the line’s design language.

When docked, I use a trackball and an external keyboard. Hi res isn’t important to me with the things I do. While my first modern desktop was a Fat Mac, I’ve been in the PC world since the late 80s.

Agreed, trackballs are the best external pointing devices. They don’t need to be moved around the table, and as with the TrackPoint you can be more precise. 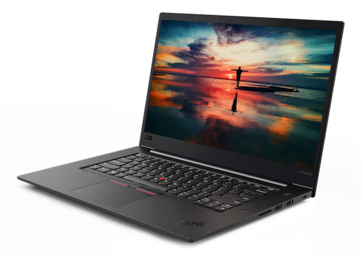 I absolutely don’t need high-res, but if given the choice between a touch screen or crisper text, the latter would win. To me it was like going from an early Kindle to the current Paper white; everything just pops.

Fortunately there are a few ThinkPad models which do have Retina-equivalent screens with discrete GPUs, like the X1 Extreme above. Almost certainly overkill, and no cheaper than a MacBook Pro, but one with FreeBSD and a functional keyboard would be sweet.