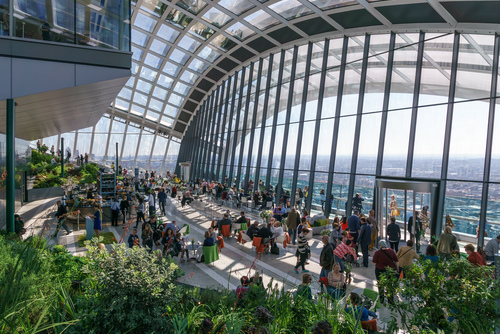 The English Wikipedia Featured Pictures team have been on a roll, like so many quality condiments. I found myself lost in this photo by Colin, but was lulled into a false sense of security by the serenity.

It shows the Sky Garden atop 20 Fenchurch Street, known to locals in London as the Walkie Talkie. I’d tell you it’s in London, but that would now be superfluous, and a little insulting to your comprehension abilities.

The tower isn’t without criticism, which is to say it’s been criticised. By critical people, and critics. Specifically, according to Wikipedia:

I guess it makes a better desktop background!