I’ve been tracking a list of my favourite buildings since I was old enough to read paper encyclopædias at school, then Encarta, then Wikipedia. I never thought I’d ever get to see some of them, let alone all, but Clara and I have been ticking them off!

Today we did number three, the Transamerica Pyramid! Clara is still in Sydney, but was able to explore with me through the wonders of Facetime and a decent LTE connection. 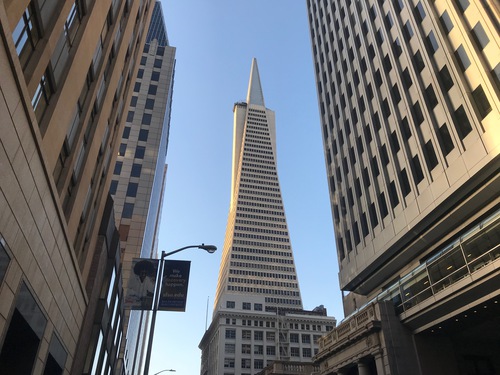 The 48-floor building was completed in 1972. The aforementioned encyclopædias I read as a kid claimed its unique shape was to help it withstand earthquakes, though Wikipedia claims it was Transamerica’s CEO John Beckett wanting light to permeate to the street below. 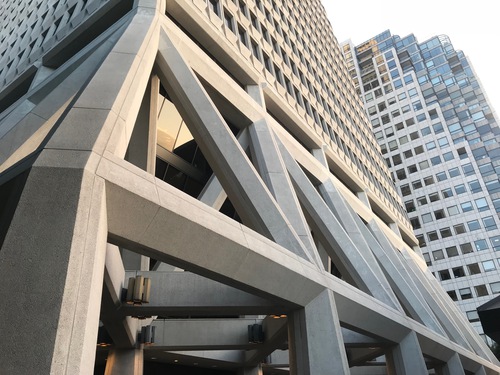 I just think its visually fascinating, evocative of a modern day Giza pyramid. It was even the right colour under the right afternoon light, so cool. Warm, actually.

And speaking of colour, up close the surface is a mix of quartz and other stones. I never saw this view on those encyclopædia articles! 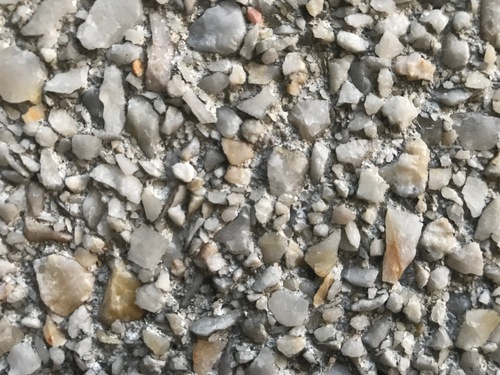 Ironically, the Pyramid of Khafre is number four. That might take a bit longer to get to.