The SS Martin Mullen was a Canadian freighter that started plying the North American Great Lakes from the turn of the century. This photo was taken in 1906 by the Detroit Publishing Company, and I haven’t been able to stop looking at it. The smokestack lets you know you’re dealing with a steamer, but somehow the scene looks oddly modern. 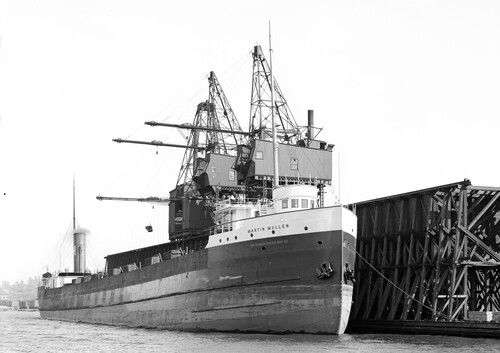