The 1890s were a fascinating time for engineering. Steel-hulled ocean liners were transforming society with their regularly scheduled ocean crossings, in ways nobody could have predicted.

My favourite ships from the time period were the Cunard Lucania and Campania; they were the largest, fastest, and most luxurious liners in North Atlantic service. Then the Germans surprised the world with the world’s first four-stackers, and started a building craze of one-upmanship that lead to the Lusitania and Titanic in the early 1900s. The rest, as they say… 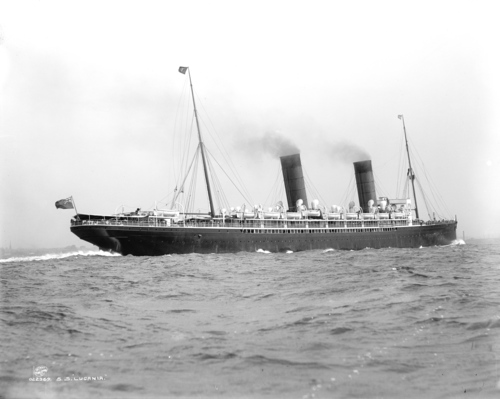 Lucania—pictured above—and Campania had design elements that hinted at where the industry was going, with their clean lines, lack of sailing masts, and comparatively large size. But they also represented the pinnacle of existing design trends:

This photo below of Campania shows the balanced proportions of her funnels and superstructure with her hull. She looked so modern and elegant, especially compared to her contemporaries. All she needed was a white forecastle deck; but then again, that was White Star’s signature livery. 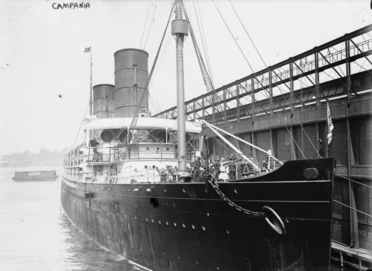