This post was originally written in August 2018, but I was trying to find a closer image of the posters in the MUNI station below. Never mind!

Logos are fascinating. A well-executed mark is instantly recognisable, communicates what the company or institution is, and has longevity; the latter of which designers of late have been doing their best to break. 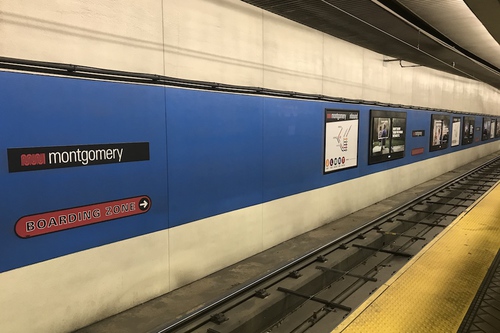 I was standing at the Montgomery Street MUNI station in San Francisco after work one afternoon, like a gentleman, and noticed something was a little off. And it wasn’t just the second-hand pot wafting down from the street, or the curious accent of the computerised BART announcer.

I didn’t give it a second thought, and moved on with my life. Which is a blatant lie; I was churning about this in my head more than someone who’s business isn’t advertising or logo design really should. What had they done? What looked so weird? 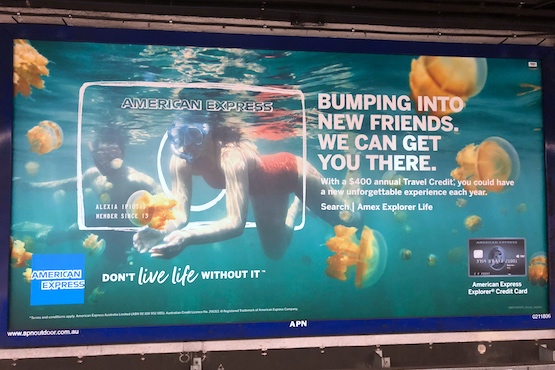 I noticed the same thing on a poster at Wynyard station when I got back to Sydney. But with the aid of closer proximity, I was able to ascertain a few more details. The blue square was now a solid colour, not a gradient. The slightly off-centred text was now centred, and simplified its white outline. I liked these; they kept what was strong about the original mark, but made it cleaner.

But then I saw the thing that had been bugging me since July; the one tiny detail that renders the logo awkward in a way I couldn’t immediately recognise. The CA ligature was gone!

If you look closely, that same angle of attack is now employed on the upper strokes of the S, but not on the bottom. The clever EX is now a FedEx style double arrow. The elegant Helvetica-style R is now an ugly Arial-style R. And the vertical spacing between the lines also seems slightly too wide.

As an aside, I know saying ugly Arial is redundant, but it needed to be said in the context of the typeface Microsoft should have bundled from the start!

I’m flattered they’re using Rubenerd Blue, and I’m sure I’ll get used to it, but its a hit and several misses from my vantage point as a logo critic.