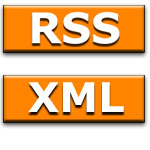 Interesting look into the history and evolution of the RSS XML thingy and all the different incompatible "standards". And I thought there was just RDF, RSS 0.9x, RSS 1.0 and RSS 2.0!

I have often stated (1, 2, 3) that there are 7 different and incompatible versions of RSS. This was based on an embarassingly simple formula: I counted the version numbers in use (0.90, 0.91, 0.92, 0.93, 0.94, 1.0, and 2.0) and came up with the number 7. But recently some people have taken to claiming that there are not 7 versions (despite obvious evidence to the contrary), and even if there are, that they are somehow compatible with each other so it doesn’t really matter. So I dug a little further to precisely document the incompatible changes in each version of RSS.

I would like to publicly apologize for my previous misstatements. There are not 7 different and incompatible versions of RSS; there are 9.

The Myth of RSS Compatibility