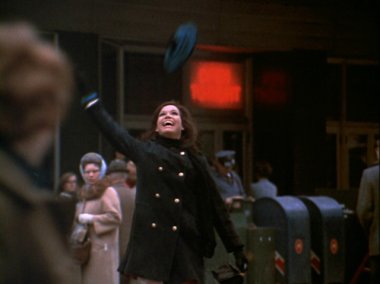 What a blast from the past; just surfing around Wikipedia I came across the article for The Mary Tyler Moore Show!

Possibly one of the best shows the United States has ever exported. Too bad it was filmed before my time so I couldn't have watched it in its heyday :(.