When I typed GAM into Wikipedia to research my post The Aceh GAM, it took me to this Japanese Idol Duo instead. 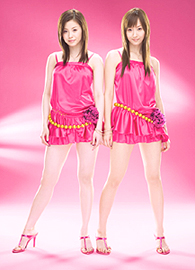 GAM (ギャム?) (pronounced GYAMU) is a new project under the Hello! Project umbrella consisting of Aya Matsuura and Miki Fujimoto. This pairing was announced mid June 2006. According to Hello! Project producer Tsunku, the term GAM stands for Great Aya and Miki.

Do you think they're single and speak English ;)? I mean… ahem, good thing I was able to find the right article eventually.