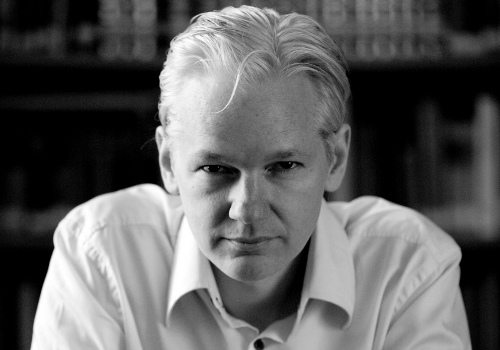 We’ve finally got some details about that “Fifth Estate” movie about Julian Assange and Wikileaks, and unsurprisingly it’s a piece of propagandistic bullshit. Pardon the French, but this is such a cliché hit piece it’s embarrassing.

“It is a lie upon lie. The movie is a massive propaganda attack on WikiLeaks and the character of my staff,” the Australian Internet activist told the audience at the university’s Oxford Union debating club.

Reading from the script, he said the opening scene was set inside a military complex in Iran with documents containing nuclear symbols. [..] “How does this have anything to do with us?”

Regardless of your opinion of Assange, the fact the movie is misrepresenting honest people and advocating war should be unacceptable to all of us. I’m disgusted.

Produced by DreamWorks, the movie is being directed by Bill Condon, the genius behind the first two Twilight movies. I’m not making this crap up.

“We want to explore the complexities and challenges of transparency in the information age and, we hope, enliven and enrich the conversations WikiLeaks has already provoked,” he said.

I don’t know what’s scarier, that he’s being paid to say that, or whether he actually believes that’s what he’s doing. Ditto Benedict Cumberbatch.

Sorry for the serious tone, this stuff just makes me furious. This is important, not that fake Facebook Graph search scandal that merely made public what governments with and without due process have long had access to already. Back to our regularly scheduled programming.