Bon Appétit’s YouTube videos were one of Clara’s and my most comforting escapes when COVID first hit. Claire’s Gourmet Makes and Brad’s It’s Alive! shows roped us in, but we eventually fell in love with the whole cast. They all struck me as personable, funny, passionate, entertaining, and above all, genuine. 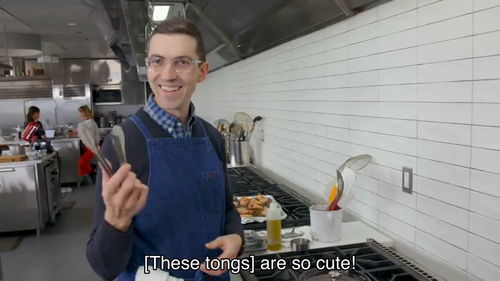 Here are just some of my posts about their channel:

We had an inkling, like I assume many of you did, that something was up when their channel hadn’t received updates for a few weeks. Our favourite editor Matt “Hunzi” Hunziker was suspended for blowing the whistle on inequitable treatment, not long after their manager resigned for his response to a photo of himself in blackface. The news then broke that their non-Caucasian staff had been grossly and cynically underpaid, and negotiations for better treatment had fallen through. Grub Street had the best summary of the whole mess.

Like a certain shingled HDD manufacturer, I can’t understand what Bon Appétit’s management must have thought. What was their end-game? Did they think their staff wouldn’t notice the inequitable treatment, or wouldn’t care? That it wouldn’t be exposed eventually? Even the most selfish and cynical of management teams would know it’d at least be a bad look, which could cost them advertisers and the staff that bring in the views.

I invoked Betteridge’s Law of Headlines here, because I hope this isn’t the last we hear from all these lovely people.

(I may have also locally-downloaded every episode with youtube-dl in case it all goes away. Our PleX server is basically a time capsule of lost material now).