I haven’t posted a featured bird photo for a while. Here’s a handsome double-barred finch, taken by JJ Harrison and featured on Wikipedia today. 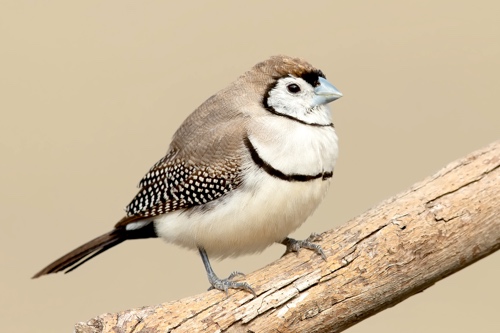 The site had this to say about the bird: