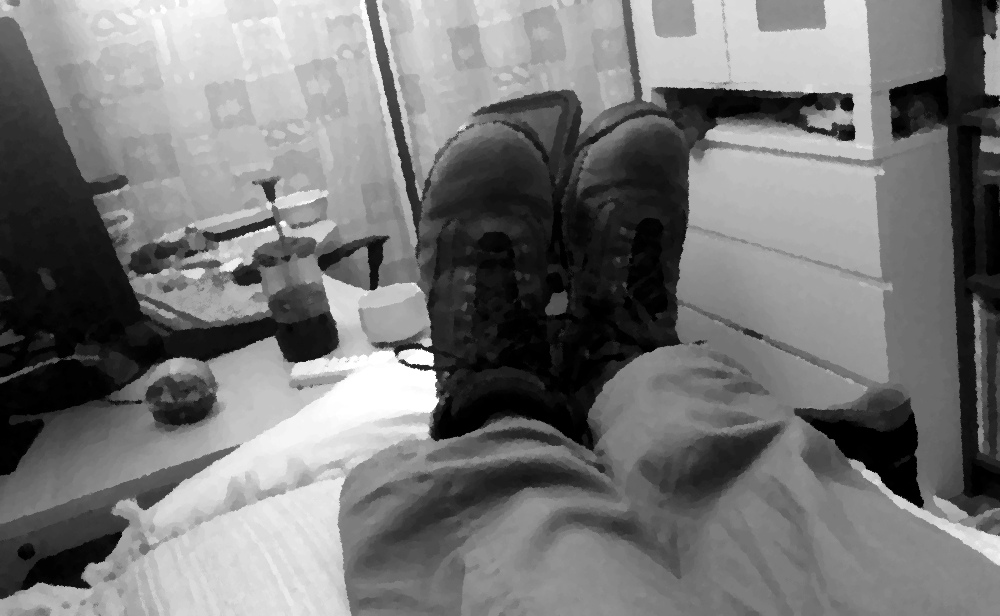 At the risk of sounding melodramatic, I did something today that I’ve been wanting to do for two months. Something I got pretty good at doing since I was a kid. You ready for it? No, really, are you ready for it?

For the first time since I fell through a utility cover and tore a bunch of ligaments that I’d become rather attached to, today I eschewed (gesundheit) my paediatric cam boot in favour of a regular shoe.

In case you didn’t catch that, I put on a f*cking shoe!

Two months ago, I could barely put a sock on the swollen, purple mess of bruised flesh and bones that I’d previously (and affectionately) referred to as my right foot. I won’t beat around the bush, it was the most excruciating pain I’ve ever experienced; even more so than when I broke it the first time when I was 14.

Today, I was able to put a compression sock on it, then a shoe, and walk out the door. The liberating feel of independence was indescribable; so much so that I’m willing to forgive myself for writing this appalling sentence.

My lateral and inversion motions still have yet to fully return, so I’ll still be ungainly hobbling along the street for at least another month. My podiatrist and physiotherapist both said I injured it severely enough that it will only ever probably be 80-85% as strong as it was before.

Still, I’m taking this as a huge victory ^_^. Thank you to everyone (you know who you are) for your support and well wishes during this whole ordeal. Also, a humbled, extra huge thank you to Clara for basicically giving up her holidays to stay at home with her boyfriend who couldn’t move. I’m such a lucky guy.

As for the photo above, I tried to take the same photo in the same position and the same lame GIMP (get it?) effect I took for my last post. Not sure it really worked, but I was excited to try!