I was going through my old Pinboard (previously del.icio.us) links, and remembered Robert A. Bogash’s incredible photo archive of the original 727! Among images of blueprints, building the fuselange and test flights, this was my favourite: 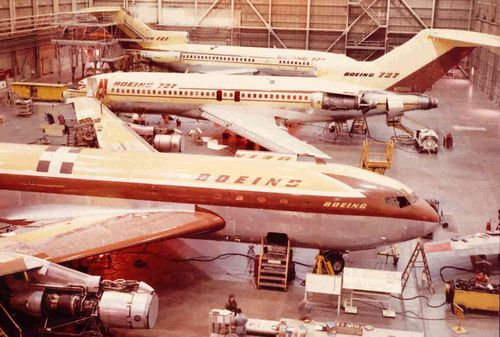 There’s something cool about the continuity of Boeing’s original nose design. 737s manufactured today share parts of the nose design as the original 707, and the 727s shown there. That colour scheme was also something else.

I’ve never flown in a 727, or a 707 for that matter. It’s likely stuff you and I have bought has arrived on a cargo version of those planes though.