I don’t know much about cars, have little desire to own and operate one, and lobby against road infrastructure coming at the expense of public transport. But I can appreciate them as works of design. 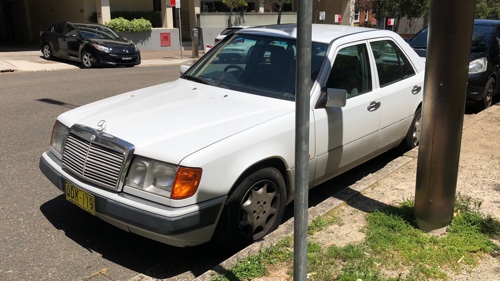 My favourite sedan of all time prior to last week was the 1991 Mercedes Benz E Class. It was compact and well proportioned, and had clean lines without looking boxy. Compared to the over-engineered car designs you see today with swooping bodywork and other superfluous junk, this one just looks classy.

That’s all well and good, but I have a new favourite sedan now, thanks to Doug DeMuro on YouTube: the Aston Martin Lagonda. And here it is for visual comparison: 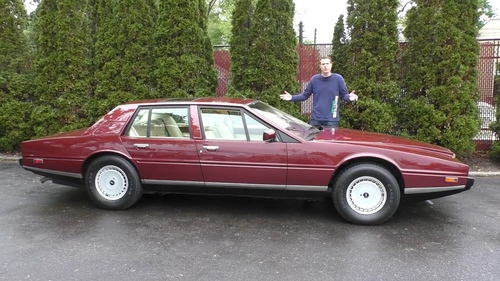 I took a screenshot with Doug to prove I didn’t play with the aspect ratio; this car is long, boxy, and flat! It has that 1970s-1980s aesthetic, but its exterior dimensions, wedge-shaped hood, and utter lack of any pretence of visual balance at all between the bonnet, doors, and boot make this such a visual mess I can’t not love it!

But this is sometimes an IT blog, so that’s where my real fascination with this car comes in.

The driver’s seat is incredible. The Lagondas were designed when home computers like the Commodore were cutting edge and modern, and its reflected in their advanced — for the time — instrumentation. There are two generations worth mentioning. 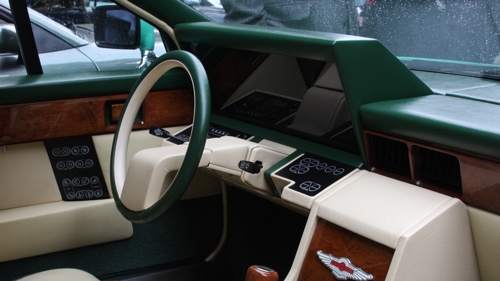 The series 2 Lagonda above had the best steering wheel ever, attached to the bottom with a drooping bar. I’ve never seen anything like it before. The side controls look like rounded buttons from a game console, and the instrument cluster is made of LEDs housed in a drooping hood that could have come from a 1970s arcade machine. 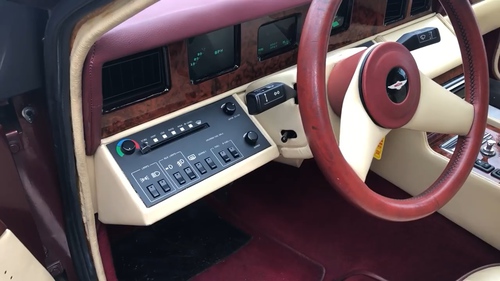 The series 3 is almost as amazing. You have to watch Doug’s video to witness its green and black CRTs flicker to life, I got a shiver seeing it! And I love the retro-futuristic fonts and rocking switches.

I do enjoy racing games, so I think the next step is to get a larger apartment, and attempt to build a dashboard console and steering wheel configuration like this into a huge controller. I may only be half joking.