We haven’t had a featured bird picture from Wikipedia in a while! This beautiful avian specimen is the African emerald cuckoo, taken by Charles J. Sharp. 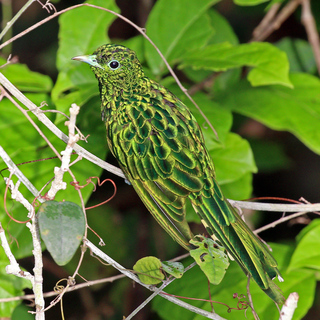 Bruszewo-Borkowizna [bruˈʂɛvɔ bɔrkɔˈvizna] is a village in the administrative district of Gmina Sokoły, within Wysokie Mazowieckie County, Podlaskie Voivodeship, in north-eastern Poland.