I got the latest, infamous Dropbox update this weekend: 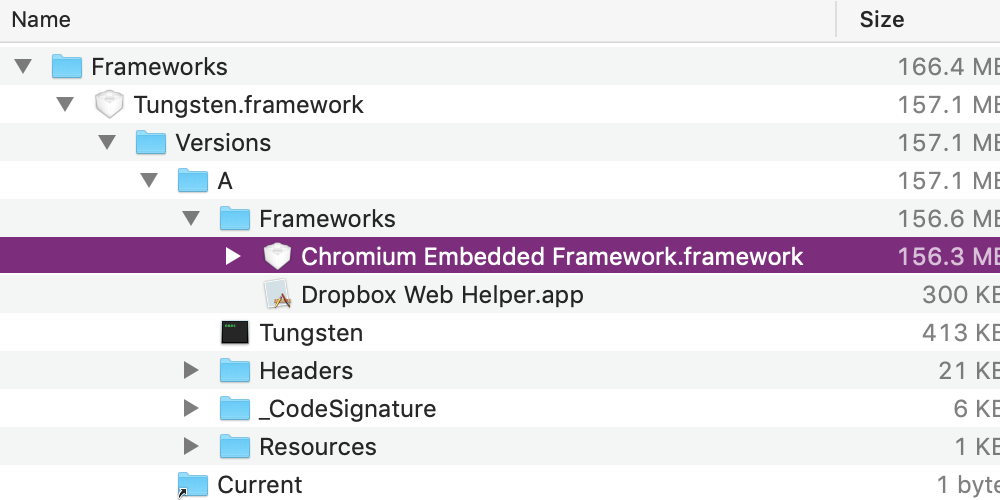 For those who haven’t seen, Dropbox has updated their client application with a ton of new features built on Chromium. I’ve come to accept Electron and desktop JavaScript are normal for mediocre IDEs, text editors, and chat clients that I still avoid as much as humanly possible. But having it in what I consider internet plumbing is something else.

I was a relative late-comer to Dropbox; I read about their early security problems and decided it wasn’t for me. I dismissed it as pretty rsync, like so many. Then Mac users began showing me how it worked with tools like nvALT and editors for iOS, and how easy it was to share files with other people. Encrypted sparsebundles also offered a private way of using it.

Earlier this year it changed to only allow three devices on their free tier. Then they introduced that confusing new branding. Now, the company is attempting to make Dropbox into a kitchen sink productivity application. I wish them luck, although the direction has lead it away to what made it useful for me. At least it finally gave me the impetus to move Clara and I over to Nextcloud.

I wonder if this is all an elaborate ploy to generate press in anticipation of a buyout or similar deal, like Slack and their phallic, anti-Semitic new logo. I suppose Mission Accomplished then.