The first computer I built as a kid still runs, thanks to generous bouts of nostalgia. She’s a spectacular Pentium 1 minitower with a whopping 64 MiB of memory, a SCSI Zip drive, a Sound Blaster AWE32 PnP card, a crystal-clear Matrox Mystique GPU, and a 5.25-inch floppy drive from the long-departed family 486. She originally ran Windows 95, but now also runs BeOS, FreeBSD 6.3 (my first version) and MS-DOS 6.0 (what our family 486 ran).

Recently I decided to replace the internal drives with SD cards. I originally used CF cards with passive IDE adaptors, but SD cards are significantly cheaper and easier to source now, and their active converters still max out the ATA33 connections on this old Octec/Ocean Rhino 12+ board for reads and writes.

While I wait for the adaptor to arrive, I thought I’d prepare my two 16 GiB cards for DOS. I use bhyve and Xen, but for quick and dirty tests like this I just use QEMU with settings that mimic the target hardware:

The familiar MS-DOS 6 setup screen booted. Normally I strike F3 at this stage and run fdisk to manually set up the partitions as I want, like a gentleman, but as a quick test I thought I’d let the installer do it for me. 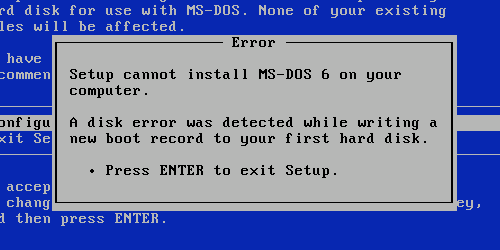 In the words of Australian comedian Carl Barron, that dun‘ look good. So I pressed ENTER to exit the Setup, hoping I’d be able to use fdisk. 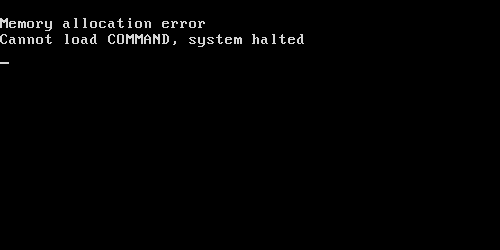 MS-DOS 6.0 was a… fun release. Any rational person would use 6.20, which customers of 6.0 were eligible to “step-up” to, or even the widely-used final release of MS-DOS 6.22. Heck I’d even been told to stick with 5.x by people who would know, or switch to the vastly-superior DR-DOS. But what part of this entire setup is rational?

I got out my cheat MS-DOS 7 image made from Windows 95, and booted with that instead. This time I got to fdisk, and one of the more bizarre partition layouts I’d seen. The MS-DOS 6 installer really went to town: 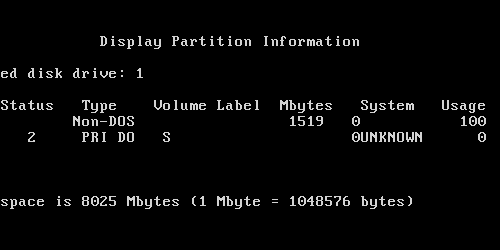 The MS-DOS 6 installer almost certainly got confused with the partition table of this new SD card, which I soon realised I hadn’t zero’d out on my FreeBSD box first:

Then the installer worked. Who’d have thunk it?