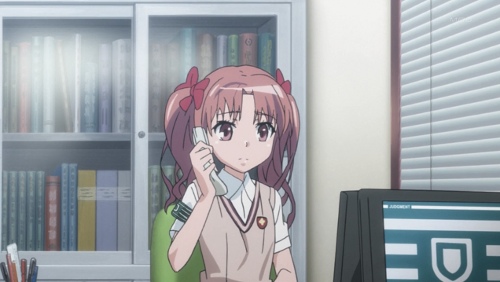 When I was asked to describe a technology I couldn't live without, I chose the the World Wide Web, then I revised this to door handles. In what has become an unintentional blog post series, today I'll discuss another: the INSERT key.

Allegedly some sort of Judgement scientific railgun keyboard doesn’t have an INSERT key, or judging from her expression it’s just hard to find.

Before we can understand the brilliance of the INSERT key, we must take a moment to appreciate the device upon which the INSERT key often finds itself attached to, and struck against. While seemingly simple in construction and operation, the computer keyboard is a sophisticated piece of electronic equipment, able to convert mechanical energy into electronic signals a computer can interpret. In a way, the keyboard acts as the interpreter between two people who don't speak the same language. Appreciate for a second how beautiful that is.

As with most keyboards, the IBM compatible keyboard has more than one key, and if you were to strike one at random while blindfolded and attached to the back of a beluga whale somehow, chances are slim but not impossible that you would hit the INSERT key. Often abbreviated to INS or ERT… no wait, scratch that last one — the INSERT key is often found above the cursor keys on a typical full-length IBM compatible keyboard.

Depending on the application in use, the function of the INSERT key varies, but typically it invokes or disables the overwriting mode of typing. This allows mistakes to be easily corrected by moving your cursor several spaces to the left (or right, if you happen to reside in a local that enforces a right-to-left mode of typing) and replacing characters instead of pushing them along the line.

Previous classic home computers such as 8 bit Commodores had this mode enabled by default, and I'm sure had I been alive when the first IBMs came out, I would have been most pleased that such functionality could be enabled on my IBMs, and later my clones.

Other applications such as Brown Bag Software's PowerMenu system for DOS used the INSERT key to logically insert new items into a menu. This is significant in that… when you do a search for PowerMenu on The Googles I'm one of the first results. When I was using our first home computer with DOS, PowerMenu and Windows 3.0 with MME, I had no idea that 20 years later I'd be de facto owning their brand name online! But I digress.

Unfortunately, the INSERT key is under threat from several fronts, ranging from ignorance to a concerted effort to have it banished.

Because most computer users lack common sense and a certification to operate their computer devices, the INSERT key is generally even less understood than SCROLL LOCK or the ANY KEY, both of which can prove useful in certain applications. This has allowed unscrupulous, sneaky, fiendish hardware manufactures to eschew (gesundheit) these keys in favour of other friendly, more familiar keys, such as Help, or volume controls.

Given the relatively confined space notebook hardware manufacturers have to insert keyboards, many opt to remove the INSERT keys entirely because they mistakenly think they won't be missed. Google and Apple are the leading culprits behind this, though in the case of the latter it can at least be clumsily emulate.

While these are all shocking and terrifying, there's even more to fear. While tablet computers introduced by Microsoft largely kept keyboards attached to increase bulk, e-ink devices such as the Kindle have simplified keyboards without INSERT keys, and the iPad and its knock-offs that run the Android operation system don't even have physical keyboards at all. 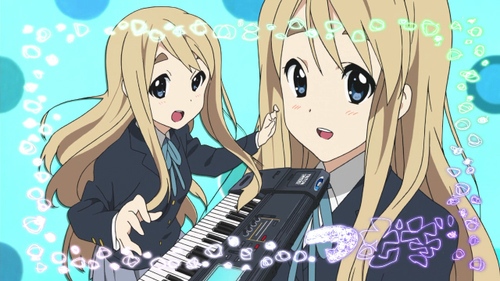 Worse still, other devices that call themselves keyboards don't have INSERT keys, despite their obvious advantage of being able to scrub out a badly played or incorrect note with another one as you're playing it. Little does the piano playing Mugi-chan realise, but she is complicit in the downfall of one of the greatest keys of all time.

Finally, all keys share a common struggle against other keys that are used to gain access to devices with locks, such as door handles. Despite being spelled completely differently owing to the abject stupidity of the English language, Quays are also used to dock boats, which may or may not have door handles, locks, lochs, or computer keyboards on board, surrounding them, or a part of their design. In any case, these serve to further erode the influence of computer keyboard keys, which includes the INSERT key.

Could I live without the INSERT key?

Absolutely not. I use this key every day; it has thoroughly inserted itself into my life. Like the World Wide Web, and door handles.