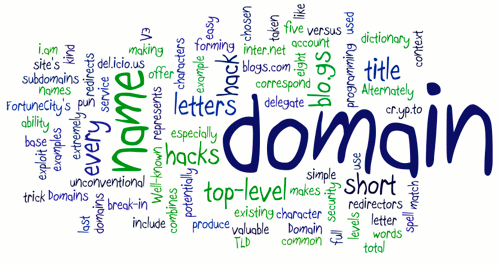 Here's food for thought; though don't literally try to feed your thoughts, I hear it's a mental health hazard and could turn you into a zombie, maybe. If you spell hazard backwards, you get drazah which sounds like a name you might give to a sheepdog on a station or a ranch. Hey Drazah, get over here!

If at some point in the future it's decided to treat URIs the way Tim Berners-Lee wanted to instead of the haphazard way we see them now, would sites using so called domain hacks no longer make any sense? Some examples:

I dunno, I have no idea what a computer bit has to do with a URL shortening service, and I have no idea at all what an identi is. What I can say is neither one sounds like the name for a sheepdog on a ranch. Mmm, ranch dressing.