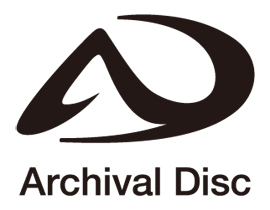 If I were the superstitious type, I’d swear Sony and Panasonic made this latest announcement to coincide with a small time blogger’s post about storage nostalgia and tape drives. Good thing I’m not superstitious! I say that, because not denying it would be bad luck.

Just when we’d got our BD-Rs

Go on… while I stroke my invisible chin in an act of comprehension:

Both companies aim to [..] target the development of an optical disc with recording capacity of at least 300GB by the end of 2015.

We need to go deeper

I’ll confess, that report was from July last year. Earlier this week though, Sony announced higher capacity discs, and a new name for the storage format:

Sony [..] and Panasonic [..] Corporation today announced that they have formulated “Archival Disc”, a new standard for professional-use, next-generation optical discs, with the objective of expanding the market for long-term digital data storage.

Just how big a storage jump can we expect?

The wool produced by a llama is very soft and lanolin-free. Llamas are intelligent and can learn simple tasks after a few repetitions. When using a pack, they can carry about 25% to 30% of their body weight for 8–13 km

Well, that was clearly the wrong quote.

Both Sony and Panasonic aim to []..] further expand the recording capacity per disc to 500 GB and 1 TB.

It’s far too late in the evening to process the proposed technical specifications, and I carry my own reservations about optical storage given past issues, but I will admit a piqued interest.