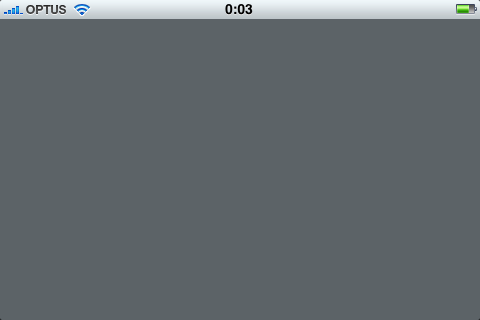 So here's the problem, our home internet has now been down all week and I haven't been able to blog much at all during that time, and the timing could not have been worse! Consider this a whinging blog entry to end all whinging blog entries!

We live down the street from the Mawson Lakes campus but I can't easily use their internet for blogging because I configured WordPress in a few specialised ways (tokens, specially crafted cookies etc), and I can't upload any material because their firewall blocks SFTP and SSH connections. I can continue to blog from my iTelephone and publish directly, but by another stroke of terrible luck for some reason my data plan has been so slow its almost been unusable. I've hit the Publish button here nine times and each time it tells me the connection failed. It's not the iTelephone's fault of course, its the darn Optus and their less than stellar coverage.

To ward off the jitters, cold sweats (and for some reason munchies) that result from not having an outlet to post ridiculous streams of consciousness, I've started blogging on a local Django install on my MacBook Pro which currently has to be plugged into an external display because the internal one crapped out (another stroke of good luck!) in the hopes I'll be able to publish them once home internet is restored. I've blogged some more anime episodes, some Ruby and Python observations compared to The Javas, receiving Esther Golton's Aurora Borelis CDs, the daily Sudoku puzzles I've finished, floss software on a ThinkPad X40, my inverter adventures on my MacBook Pro…

So far both Telstra and Internode claim nothing is wrong on their respective ends, and our modem is in the identical configuration it was in before The Internets died. I really hope this doesn't degenerate into a farce, I have too much work and too many assignments to put up with and deal with politics. Sometimes the Internode technical support team is quick to reply, but I've sent two messages today and have not got back a single response. Luck of the draw I suppose.

Okay, I'm pressing the darn Publish button again. If I were with SingTel Mobile in Singapore I wouldn't need luck, it would work instantly. The ironic part is of course that Optus here in Australia is a subsidiary now of SingTel.

And because this friggen internet trouble has wrecked this week, it means I'll have to spend all next week working and studying when I was supposed to be on week two of my mid semester break. Absolutely brilliant :(. Ah developed, first world problems!