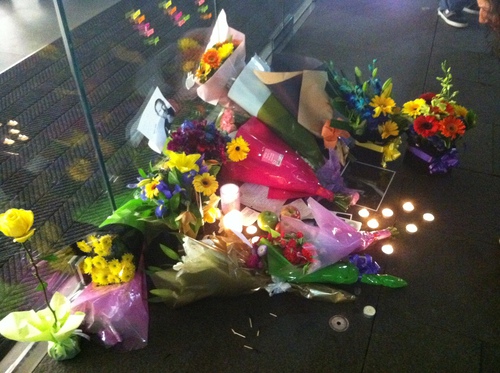 Originally I wasn't going to go, but around 11pm something snapped inside me and I took the last train into town. 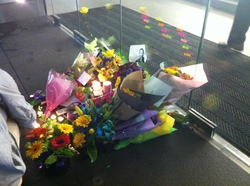 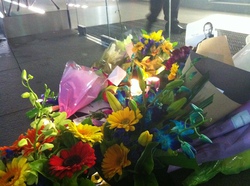 It was misty outside with a gentle amount of rainfall, though not enough to extinguish the candles or run the ink on the notes people left. 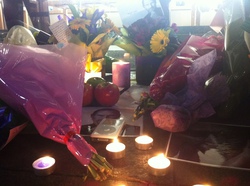 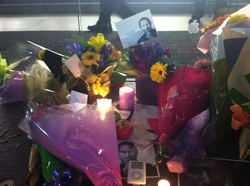 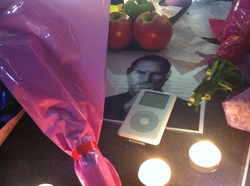 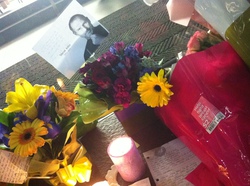 Since the photo Renai posted on Delimiter this afternoon, people have since left apples, notes, candles and even a forth generation iPod. 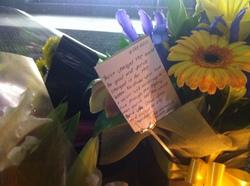 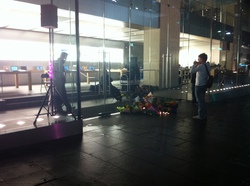 In he insight, I'm glad I went late in the evening than during the day. There were still a few people crowded around, but I was able to stand there like a fanboi loser for a few minutes and pay respects without people bumping into me. The light of the candles was also rather warm and pretty in the darkness. 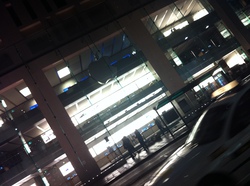 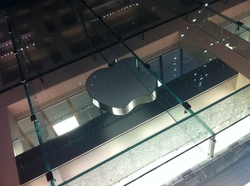 A comment my sister just made: how many other CEOs can you name would have such a fan created vigil made in their honour?