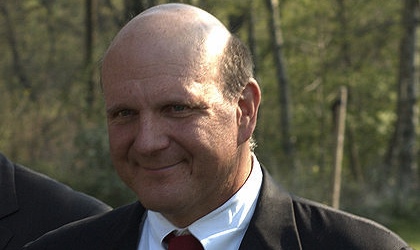 Steve Ballmer has commented on the success of the iPad, calling it an "interesting product", only to then defend his company's own record by stating they'd been "selling Windows on tablet computers for years".

He also said the iPhone had "no chance" of gaining significant market share in 2007. He bought and ruined Danger (should have stuck with NetBSD). He trumpeted the Courier as a tangible competitor even though it never got past the concept video stage. He abandoned the Kin project almost as soon as the phones went to market. The Zune had a "squirt" feature and came in brown!

Forgive me if I don't take his words very seriously, especially in the mobile space.

Photo of Steve Ballmer by Martin Olsson on Wikimedia Commons.