Speaking of plastic waste, I saw a couple of video news clips on Twitter. 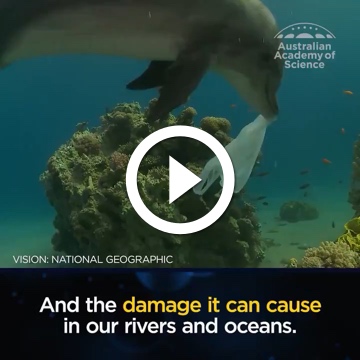 The Australian Academy of Science posted above about my personal environmental rage topic, microplastics:

They can be intentionally manufactured that way (primary) or they may result from lager pieces of plastic breaking down into smaller fragments (secondary). It’s estimated that 1.5 million tonnes of primary microplastics are washed into the ocean every year.

1.5 million tonnes just for the microplastics we intentionally make for shitty cosmetics and scrubs? For those who didn’t see my post about it last year:

Plastic micro‐beads are comparatively recent. They were proposed and developed with full knowledge that it’d be washed down sinks, and end up in the oceans. And they didn’t care. These are incontrovertible facts; I don’t buy any defence of this decision.

Oil spills garner headlines, but I put these people in the exact same league. Possibly worse, because while oil is used to power things, micro‐beads are an entirely useless marketing gimmick. They saw a potential environmental disaster, and thought they could make a quick buck off it.

Get this out of toiletries, now. Governments, legislate against this shit, because we can’t trust businesses to act in our collective interest here. And to the people who thought this was a good idea; choke on a plastic-filled fish. Bon Appétit, halfwits.

Not that I was furious. 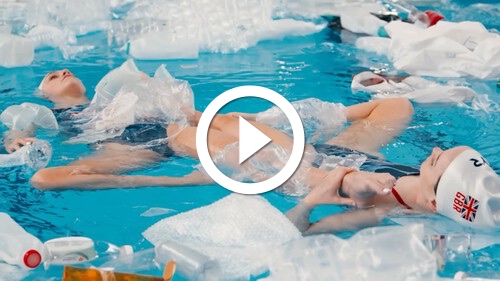 And DW News reported on a project by the Bing Bang Fair:

British Synchronised swimmers Kate Shortman and Isabelle Thorpe attempt to recreate their World Championship routine in a pool filled with plastic - a challenged posed by The Big Bang Fair to help highlight how the eight million tonnes of plastic dumped in the world’s oceans every year affects marine life.

I’ll bet they had no trouble finding all that plastic too. Imagine if they all left that pool after shooting that, and returned a thousand years later somehow. It’d all still be there. A testament to the twentieth and twenty-first centuries in all their shortsighted glory.

But there’s some promising new research by Alvin Orbaek White, as tweeted earlier this month in The Conversation:

For our new study, we took plastics – in particular black plastics, which are commonly used as packaging for ready meals and fruit and vegetables in supermarkets, but can’t be easily recycled – and stripped the carbon from them, then built nanotube molecules from the bottom up using the carbon atoms.

I’d still say we should be avoiding the use of it altogether, but let’s not make perfect the enemy of good. There’s so much of this stuff floating around; literally.